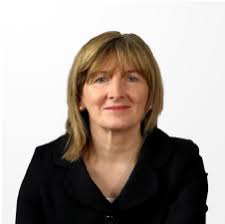 A SPECIAL adviser to Minister for Health James Reilly held a paid position up until last year with a company that has received several million euro from the HSE for the provision of home help services.

A spokesman for the Minister said last night that Maureen Windle had been an adviser to Sodexo Zehnacker Healthcare Ireland. He said this had been a paid post.

This is the parent company of Comfort Keepers, a private firm which has been involved in the provision of homecare services such as home help for several years under a contract arrangement with the HSE.

A spokesman for the Minister said last night that Ms Windle’s role with Sodexo Zehnacker Healthcare Ireland “had no bearing whatsoever on the tendering process in the HSE in relation to the home care sector”.

Yesterday a campaign organisation, the Home Help/Home Care Action Group, called on Dr Reilly to clarify the business relationship between Ms Windle and the company concerned.

Official figures show that Comfort Keepers received just over €1 million from the HSE in 2007 but that this had risen to over €3.2 million by 2011.

John Lyons, a spokesman for the Home Help/Home Care Action Group, said: “We need a full and honest account from Minister Reilly as to the exact business relationship that Ms Windle has had with Sodexo in the past, and full disclosure of any continuing relationship she may have with this major multinational.”

Last week the HSE announced it was to cut spending on home help services by €8 million between now and the end of the year.

The Home Help/Home Care Action Group said it would organise a march to Dáil Éireann on October 17th “to demand that the Government and HSE immediately cease attacking the elderly, sick and disabled and restore all home help hours and homecare packages cut this year”.

The HSE said decisions in relation to the provision of home help hours would continue to be based on a review of individual needs.