← Actor says he stole groceries to avoid telling his children there was no food –
Councils to set property tax rates in future, says Minister – → 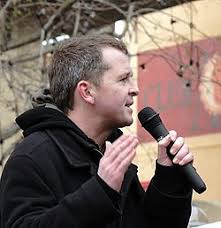 In a statement this afternoon, Richard Boyd Barrett TD, condemned the Taoiseach for deliberately misleading the Dail during Leaders Questions. In response to a question about the plight of Home Help workers and those who rely on their services, the Taoiseach, rather than answering the question, repeated a false claim made by Tánaiste Eamon Gilmore in the Dail last week, relating to disability cuts in the Dun Laoghaire area.

The Taoiseach repeated this claim again today and also said that Deputy Boyd Barrett had advised the parents of children affected by the cuts to the respite services to not meet with the Director of Services.

In fact the email referred to was written by one of the parents affected by the cuts to respite services and a member of the executive committee of the Carmona Parents and Families Friends Association. Eamon Gilmore knew this when he falsely claimed it was written by Deputy Boyd Barrett. Unless the Tánaiste also mislead the Taoiseach, the Taoiseach would also have known when he repeated the claim today that Deputy Boyd Barrett was the author of the email.

(See original email pasted below and subsequent comments by parents group on Tánaiste’s misrepresentation of the email and its authorship.)

Deputy Boyd Barrett said: “Both the Taoiseach and the Tánaiste have deliberately and cynically misled the house. They said things that were completely untrue and that they knew were untrue when they said them. In the process, they also misrepresented and trivialised the concerns of parents of the disabled children who are in Angels Quest – falsely claiming they had refused a meeting with the director of services to discuss the future of Angels Quest. Eamon Gilmore and Enda Kenny knew I had not written this email and yet they said said I had. They knew the parents had agreed to a meeting with Carmona Services but claimed they had not. This is a disgraceful abuse of their positions as the most senior politicians in the country and disgraceful abuse of the Dail itself.

via People Before Profit, TD, Richard Boyd Barrett, condemns the Taoiseach for “deliberately and cynically misleading the Dail” during Leaders Questions this afternoon. | United Left Alliance.

via People Before Profit, TD, Richard Boyd Barrett, condemns the Taoiseach for “deliberately and cynically misleading the Dail” during Leaders Questions this afternoon. | United Left Alliance.

← Actor says he stole groceries to avoid telling his children there was no food –
Councils to set property tax rates in future, says Minister – →