Westport town councillors will not take abolition ‘lying down’ 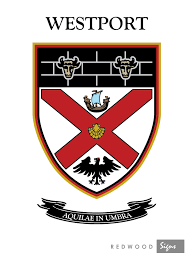 Cllr Staunton said: “Don’t give me the money argument as it doesn’t stand up,” explaining that in the town’s budget of over €5 million, the expenditure of councillors is only one per cent. The councillor added: “In the event that the town council becomes extinct money paid in rates no longer will be ringfenced for Westport town to cater for facilities,” and instead will go “into the back hole of the Mayo County Council budget.”

Cllr Staunton said that at this late stage we should put a package together and say come and look at what we have done, “if we go down, we go down shouting.”

Cllr Brendan Mulroy said that he firmly believes that “we are going out of business and the town will suffer for it.”

Fine Gael councillor Christy Hyland said that the town council “is the closest tier of government to the people” and to get rid of town councils is “an attack on democracy”.

Cllr Keith Martin said that people in this town care about the town council which is evident in election times. Cllr Martin said that “this council has been a leader” and “we will not be a voice snuffed out easily.”

Cathaoirleach of the council, Cllr Ollie Gannon said that every council should be judged on its merits and he said that “we are letting the minister know that we are not taking this lying down”.

Cllr Tereasa McGuire said that Westport is one of the “most successful town councils” and if the town council goes there will be no voice for local people, which is the “real tragedy”.

Cllr Michael McLaughlin added that “radical reform” is needed for town councils, as some are just a talking shop. The Fine Gael councillor said that “councillors should be paid properly and given more powers or scrap the lot.”