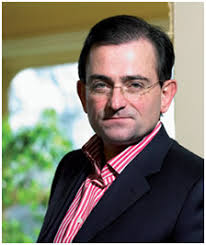 On Dec. 13, 1862, they came through the morning fog, wave after wave, some of the finest fighting troops in the Union army. After earning distinctions at Seven Pines, Malvern Hill and Antietam, the Irish Brigade was asked to carry the green flag where others could not go, to secure Marye’s Heights over the Virginian town of Fredericksburg.

Though glorified by the London Times, it was a hopeless charge that never should have been asked of any soldiers. The myth of the “fighting Irish” was sealed. But the reality was that the Irish were destroyed, suffering over 80% casualties on a field that had grown crops to relieve the earlier Irish famine.

The myth of Irish pluck continues today, even amid the financial crisis. Prime Minister Enda Kenny recently graced the cover of Time magazine. But according to data from the International Monetary Fund, Ireland has displaced Japan as the world’s most indebted economy. Government, household and nonfinancial company debt add up to 524% of Irish GDP. (The Central Bank of Ireland uses a different basis for calculating the debt of nonfinancial firms; its estimate for total debt would be lower than the IMF’s.) Funding this gargantuan load at an average cost of 4.5% would swallow nearly 24% of GDP—in other words, Ireland’s entire industrial output.

Yet still a Celtic comeback is prophesied. There are three huge problems with this myth:

• Irish taxpayers are still paying for the mistakes of Irish banks. Having started the crisis with a sovereign debt-to-GDP ratio approaching 20%, Ireland will have added another 100% before it’s over. And in a perverse reversal of democracy, two-thirds of this load was foisted on the Irish under pressure from the unelected board of the European Central Bank to save German, French and British banks—together with a panoply of other bank bondholders—from the consequences of their investment decisions.

Nowhere in the euro zone have so few citizens been asked to carry so much to save the union. But even today, with Ireland having met all the targets its creditors have set, there remains stiff resistance, especially from the ECB, to restructuring this part of Ireland’s national debt.

Relying on soft diplomacy, the Irish government seeks to sell its shareholdings in the functioning banks it saved to the new bailout fund, and to ease the punishing burden of repayments on the emergency liquidity provided to Anglo Irish Bank by extending the loan term to 40 years. The total plowed into banks is €64 billion, about 40% of Irish GDP.

Irish household debt is still unsustainable. According to the IMF, household debt, which currently is as large as Ireland’s national debt, will stand at 185% of disposable income in 2017. The Irish are expected to arrive at this level from a peak of 210% by saving 14% of their income, nearly half of which would have to be redirected into debt repayments. So a decade after the crisis began, Irish household debt will arrive at a level well above the starting point of other crisis economies.

One in five Irish mortgages is in arrears. Yet four years into the crisis the Irish government has failed to introduce a modern, balanced and dignified insolvency regime, relying instead on a mishmash of laws, many of them Victorian and one of them, the Sheriffs Act, dating back to the 13th century.

Modern insolvency legislation would at the very least provide timelines to work through distressed debt. But such reform is being stiffly resisted behind the scenes by the banking lobby and the ECB. The result is a fiasco for Irish families, as the great game of “extend and pretend” continues. The urgent introduction of a standardized insolvency process matched to the scale of bad debts must also be supported by the European Stability Mechanism if fresh capital buffers are required.

• Irish labor costs—especially in the public sector—are still too high. Since 1987, the Irish Parliament has callowly transferred wage-setting power to labor unions via the “social partnership” process. But a 2010 deal with public-sector unions, signed amid a brutal period of layoffs and pay cuts in the private sector, goes farther still by fixing pay and pensions for government workers at extraordinarily high levels through 2014. The agreement was named after Ireland’s largest secular temple: Croke Park, headquarters of the Gaelic Athletic Association, where the deal was struck.

Its effect, hardly sporting, is to privatize job losses from the recession and crowd out essential public services. In Greece, Portugal, Spain and Ireland, government employees already enjoy among the EU’s highest pay premia over workers in the private economy. But pay within the Irish public sector is also well above EU levels.

Pay for hospital consultants, teachers and nurses is singled out as especially high by the IMF. Local Irish county managers are paid more than most European prime ministers. Brendan Howlin, the minister in charge of reforming the public sector, is himself a former teacher and trade union activist. The inner cabinet of the Irish government—which comprises the prime minister, the deputy PM, the minister for finance and the minister for public reform—brings the intellectual firepower of three secondary-school teachers and a trade unionist to bear on Ireland’s crisis. All support the public-sector cartel.

The Irish government points to a reduction in public-sector numbers due to a recruitment freeze—as if those who take early retirement are abducted by aliens to a planet beyond the galaxy, and not into Ireland’s Ponzi pension scheme, which quadrupled its liabilities to €120 billion over the past decade while losing most of its assets to the bank bailout.

So while Time magazine and others eulogize the plucky leader of the Irish people, the truth is that Enda Kenny leads a Vichy government—captive externally to creditors that still insist on loading bank debt onto the sovereign, and internally to a tribe of insiders led by union godfathers in a deal that protects the government’s own excessive pay and pensions while bankers lean over its shoulders to rewrite insolvency laws.