← Aaron McKenna: We know Ireland has talent – why stop it from growing?
Eddie Hobbs: Don’t Expect a Celtic Comeback – WSJ.com → 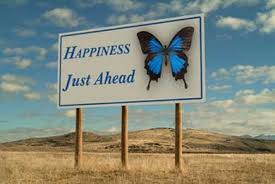 It’s a fairly well-established fact, in political psychology, that leftwingers report lower levels of happiness than rightwingers. (This fact, you may have noticed, is self-reinforcing: learning of it makes leftwingers even gloomier.) What’s much less clear is why. Conservatives like to argue that it’s because the things they value – traditional families, faith, free markets – make people happiest. Liberals prefer to think conservatives are blinkered, clinging to an ideology that lets them avoid confronting life’s grim truths; it’s even been proposed that conservatism might be a mental illness. And there’s an added complication: the social psychologists who study such questions, as the American academic Jonathan Haidt has complained, tend to lean left. But does that mean they are biased – or that, when you closely study the real world, you usually end up liberal? (“Reality has a well-known liberal bias” – Stephen Colbert.) It’s all very murky – though if you’re a liberal, like me, that’s less of a problem, as studies suggest we might have more capacity for tolerating uncertainty. So there’s that.

Truly illuminating new research in this field, alas, is almost as rare as a watertight argument in a Richard Littlejohn column. But a forthcoming paper from the University of Pennsylvania may be an exception – even though its authors, Jonathan Berman and Deborah Small, weren’t studying politics at all. Their subject was selfishness. In a fascinating set of experiments, they showed that when you give people a financial windfall, they’re happier if you insist that they spend it on themselves. If you give them the option of donating it to charity instead, but they choose the selfish option, they’re less happy – presumably because of the undertow of guilt. After all, as Berman and Small write, “Every dollar spent on oneself could otherwise be donated to someone in need.” They gave their subjects a small cash sum as payment for a gruelling hour of psychology tests. Some were given a choice between keeping it and giving it to Unicef; others were told to spend it on themselves. (A control group was given a choice of two selfish options, to make sure it wasn’t the mere fact of choice that caused misery.) Those on whom self-interest was imposed were happiest: they were “freed to enjoy self-interest without selfishness”.

Might this explain what conservatives are smiling about? As Eric Horowitz points out on his excellent blog, Peer Reviewed By My Neurons, where I first discovered the study, rightwing ideologies do arguably impose selfishness on their adherents. If you believe that society benefits most when everyone pursues their own interests, then good, caring people are obliged to act self-interestedly. Guilt doesn’t come into it. Liberals, meanwhile, may be as selfish as anyone – but their selfishness feels more chosen.

Sadly, it’s not feasible just to switch your deepest beliefs to ones that make you more cheerful. But there are other, smaller, nonpolitical lessons here for us all. One obvious tactic is to pre‑commit to your self-interested activities, instead of undertaking them spontaneously. Make hard‑to‑break plans with friends; pay for holidays months in advance; buy cinema tickets for next weekend now. The less freedom you have to back out, the more fun you’ll have when the time comes, because doing something more selfless instead won’t feel like an option. This is one sense in which even liberals probably shouldn’t be pro-choice.

via This column will change your life: selfishness | Life and style | The Guardian.

via This column will change your life: selfishness | Life and style | The Guardian.

← Aaron McKenna: We know Ireland has talent – why stop it from growing?
Eddie Hobbs: Don’t Expect a Celtic Comeback – WSJ.com →