← Teachers striking in Dublin’s schools,what does it do? | School Security
Reaction to Donald Trump’s Election shaking Revelation as seen by British Newspapers → 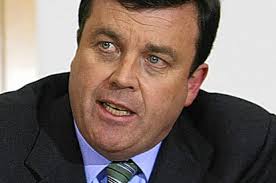 THE CRITICAL letter written by late minister for finance Brian Lenihan in 2010, accepting that Ireland could no longer operate as an independent State and would need a bailout package, has been released.

Mr Lenihan’s letter, dated November 21st, 2010, was to former European Central Bank president Jean Claude Trichet and conceded that the government under taoiseach Brian Cowen had taken a “grave and serious decision” to seek assistance from the troika of international lenders. The letter sheds new light on the extraordinary pressure faced by the government in the lead-up to the bailout decision.

The three-page letter was written in response to one that Mr Trichet sent to Mr Lenihan two days beforehand, on November 19th. Details of that letter were published in The Irish Times last month. In it, Mr Trichet urged Mr Lenihan and his government colleagues to accept the necessity for a bailout and agree to a programme with the troika.

Mr Lenihan, in ceding the inevitability of a bailout, wrote: “There comes a point at which negative sentiment starts to feed on itself, even independently of underlying realities, and we are clearly at that point.”

“[In response to the points made in your letter] I would like to inform you that the Irish Government has decided today to seek access to external support from the European and international support mechanism. This grave and serious decision has been taken in the light of the developments . . . and the recent communications and the advice you have conveyed to me personally and courteously in recent days.”

In the course of the letter, obtained by online news site thejournal.ie, Mr Lenihan set out a strong defence of the government’s actions since the banking crisis erupted in Ireland in September 2008, which he described twice as “aggressive” and also as “assertive”.

“Ireland has worked very aggressively, and to the limits of our fiscal capacity, to protect and repair the banking system in the light of the dangers to the financial stability both in Ireland and in Europe.”

He listed actions such as the 2008 bank guarantee; the bank recapitalisation programme; the nationalisation of Anglo Irish Bank in January 2009; the establishment of Nama in April 2009; and the €32 billion of capital which had been injected into the banking system. He also said the government had made fiscal adjustments amounting to €15 billion with a further €15 billion in adjustments until 2014.

“The measures for 2011 alone will amount to over €6 billion. Thus, Ireland has proved so far to be flexible and aggressive in dealing with its problems and will continue to be so.”

Mr Lenihan contended the measures had led to improvement in early 2010 but that intervening international events had led to a “sharp reversal”. These included the Greek debt crisis and the concerns it prompted about Ireland; a slowdown in economic recovery worldwide; negative market sentiments; credit rating downgrades. All of this, he said, “led to a crisis of confidence in both the Irish banking system and increasingly the Irish Sovereign”.

Thanking Mr Trichet for his courtesy, he concluded: “You know that we will not be lacking in the will to do all that is necessary on our part to protect our economy and people and to play our role.”

← Teachers striking in Dublin’s schools,what does it do? | School Security
Reaction to Donald Trump’s Election shaking Revelation as seen by British Newspapers →