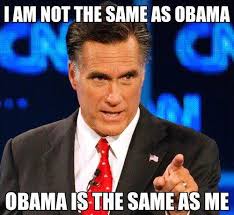 WASHINGTON – When Mitt Romney told a crowd in Ohio last week that he had read a report saying Jeep was “thinking of moving all production to China,” there was at least a potentially defensible explanation.

A Bloomberg story published the previous Monday had stated that Fiat, which owns Chrysler, “plans to return Jeep output to China and may eventually make all of its models in that country.”

A line was added to the Bloomberg story after it was published stating that Mike Manley, chief operating officer of Fiat and Chrysler in Asia, was referring to “adding Jeep production sites rather than shifting output from North America to China.” The Romney campaign told The Huffington Post on Tuesday that the update was after Romney made his remark on Thursday. It’s not clear whether that’s true or not, but what is known is that Chrysler refuted press reports about the Bloomberg story before Romney spoke Thursday evening in Defiance, Ohio.

What has confounded many political observers, and provoked a spirited counteroffensive from the Obama campaign — including their own TV ad — is why the Romney campaign then aired in Ohio a TV commercial that implied the auto bailout had hurt the auto industry and that Chrysler was sending U.S. jobs to China. Chrysler told HuffPost the company has added 11,200 U.S. jobs since going through a managed bankruptcy backed by federal bailout dollars in late 2008 and early 2009. And while Chrysler is going to make Jeeps in China for the Chinese market rather than selling U.S.-built models in China, the company said it is expanding production rather than shifting it, adding shifts and hiring workers in the U.S. at the same time.