← Mise Éire (I am Ireland)
Mitt Romney Adviser Says Jeep Jobs Added In China Are Jobs Not Added In U.S. →

With less than one week before we find out how voters in Colorado, Oregon and Washington will decide on ballot measures to regulate marijuana like alcohol, polls indicate there’s a very good chance at least one of these states will make history by enacting the world’s first-ever marijuana legalization law.

While the movement to reform marijuana laws has been steadily picking up steam in recent years, with rising national polling support and a growing number of states allowing for the medical use of marijuana, having the voters of a state opt to legalize and tax marijuana for adult use would propel the issue to the forefront of the mainstream political scene like never before.

The three legalization initiatives on state ballots are not only drawing support from a large number of voters, but are garnering endorsements from newspaper editorial boards, civic groups, civil rights leaders, celebrities and even some members of law enforcement.

But guess who else is speaking out in support of changing marijuana laws? Check out the slideshow below for a top 10 list of the most unexpected allies in the fight against marijuana prohibition.

These quotes are sourced from the new website http://www.MarijuanaMajority.com, which compiles quotes and videos from prominent people across the political spectrum who support reforming marijuana laws. 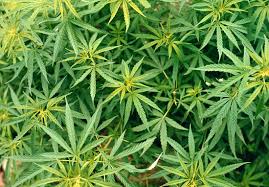 ← Mise Éire (I am Ireland)
Mitt Romney Adviser Says Jeep Jobs Added In China Are Jobs Not Added In U.S. →