Warning of ‘civil unrest’ if Quinn is sent to prison – National News – Independent.ie

A CAMPAIGN group set up to support Sean Quinn and his family have warned of potential “civil unrest” if he goes to jail or falls ill as a result of ongoing legal battles.

The warning by Concerned Irish Citizens (CIC) comes as the High Court rules later today whether the 66-year-old, who has had two heart operations, should be sent to jail for breaking court orders.

“There is civil unrest, but we don’t want it exploding in the wrong way,” said Patricia Gilheany, secretary of CIC which says it condemns any acts of violence and vandalism.

Ms Gilheany said CIC has received reports from many people concerned about the “confirmed signs of trauma, exhaustion and heartbreak” experienced by Mr Quinn and his wife Patricia at a recent rally in Ballyconnell, Co Cavan.

“Many have also commented that if Sean Quinn or any of his family drop dead from the sheer pressure and stress that they are being subjected to on a daily basis, there will be very serious consequences for their perpetrators and for those who facilitated this horror,” said Ms Gilheany.

The IBRC (formerly Anglo) has a visible security detail surrounding key bank personnel during court appearances but it does not comment on such matters. Last year, a new chief executive appointed to the Quinn Group had his family car completely destroyed by an arson attack at his home in Co Meath.

Paul O’Brien‘s BMW was completely ruined in the attack, which also caused damage to the front of his home.

CIC said that it has been flooded with calls from people who are “deeply frustrated and outraged” by events surrounding the IBRC whose executives were grilled yesterday by an Oireachtas committee.

Today’s court hearing centres on orders not to interfere with the family’s €500m-strong international property group.

Earlier this month new lawyers retained by Sean Quinn Snr told the High Court that he wants to purge his contempt, and is willing to co-operate with the former Anglo Irish Bank.

Medical reports are likely to feature strongly in any plea of mitigation should Ms Justice Elizabeth Dunne direct that Mr Quinn be sent to jail. His son Sean Quinn Jnr served a three-month sentence at Dublin’s Mountjoy Prison for contempt of court.

Pictured below the Border Mafia 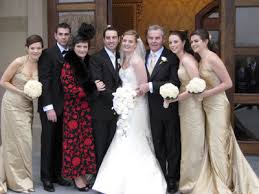