← ‘Bigot’ award for UK’s most senior Cardinal – Europe, World News – Independent.ie
Is there about to be a stampede for the door by foreign-owned Irish banks? →

30 reasons to march against austerity on 24 November. 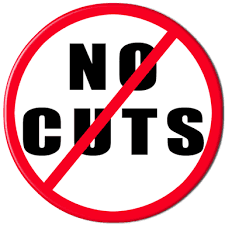 Austerity has been an economic failure and a social catastrophe.

Domestic demand has collapsed. Five businesses closed down each day in 2011 – and this year’s figures are likely to be worse. 300,000 are unemployed, and many more are underemployed. Over 1.8 million people are left with less than €100 at the end of each month after paying essential bills. One in ten of us is living in food poverty. One million of our fellow citizens are living in deprivation as measured by the CSO – including over 335,000 children.

And these figures would probably be even starker were it not for emigration: in just one year – between April 2011 and April 2012 – a total of 46,500 Irish people left the country.

Behind each of these figures lie individual stories – and increasingly, those stories are of despair.

Communities throughout Ireland see the economic and social consequences of current economic policy every day. They see that austerity does not work – and they know that continuing the same policy will not produce different results.

But despite the evidence, on 5 December the Government is set to introduce its second austerity budget – and the sixth austerity budget since the onset of the crisis. €3.5 billion more will be sucked out of the economy, on top of the €25 billion already withdrawn since the end of 2008. Once again, all the signs are that low and middle income groups will bear the brunt of increased taxation and reduced expenditure. And that means that domestic demand will continue its downward spiral – putting more businesses under pressure and throwing more people onto the dole queues.

Budgets are about choices – political choices. That is why the Dublin Council of Trade Unions, together with other civil society groups, is asking people to come out on Saturday 24 November and demand that the Government make the right choices: No more cuts in 2013.

Because, even though we’re in a bailout, we do still have choices.

The Troika has made it abundantly clear that its primary interest is in the bottom line: in Ireland reaching its deficit-reduction targets. How we, as a people, choose to do that is a matter of choice. The Government is free to introduce a Budget composed entirely of taxation increases, entirely of spending cuts, or a combination of the two. The only requirement is that the measure in question is robust – i.e. that it raises or saves the amount projected.

They can introduce a wealth tax to raise €400 to €500 million; or they can cut social protection rates by that same amount. They can reduce tax reliefs for higher income groups or they can cut front-line health services. They can continue to give reliefs on property investments (those reliefs that ruined the economy) or they can cut education services.

Research by the Nevin Economic Research Institute has shown that a budget focussed on investment combined with taxing the wealthy and high earners, rather than further cutting public services and the social protection supports on which low income groups depend, would actually shrink the deficit faster than the Government’s approach.

Today marks the start of a 30-day countdown to the march. During this countdown, the Dublin Council of Trade Unions will be publishing ‘30 reasons to march’ – one each day until 24 November. There are, of course, many more and we are inviting individuals and groups to visit our Facebook page and leave their own ‘reasons to march’.

On 24 November, there will be plenty of reasons to march against austerity. The first of our thirty reasons to march is to demand that the Government make the right choices, and ensure that the burden of the crisis is placed on those who can afford to pay.

The Anti-Austerity March will take place on Saturday, 24 November, starting at 1 pm at the Garden of Remembrance. You can follow the ’30 reasons to march’ countdown on Twitter, @NoCuts13

Michael O’Reilly is the President of the Dublin Council of Trade Unions.

via Irish Politics, Current Affairs and Magazine Archive – Politico.ie | 30 reasons to march against austerity on 24 November.

via Irish Politics, Current Affairs and Magazine Archive – Politico.ie | 30 reasons to march against austerity on 24 November.

← ‘Bigot’ award for UK’s most senior Cardinal – Europe, World News – Independent.ie
Is there about to be a stampede for the door by foreign-owned Irish banks? →