← Does Death Exist? New Theory Says ‘No’
Obama asks Palestinians to back off statehood push → 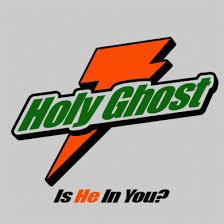 Years ago I watched the DVD of ” The God Who Wasn’t There. “. It’s a short documentary on one persons quest for the truth and origins of Christianity. In it, Brian Flemming talks about his own experience with being raised a fundamentalist christian, and how he thought it effected him. More then that, he talks about the origin of the bible and where Christianity originated. In the movie, Flemming asks several Christians some simple questions. Who is Jesus ? How did the early church form ? Had they ever heard of Mithra, or Osiris ?

Guess which two they couldn’t answer ?

In my experience with Christians, most don’t understand or even know of the history of their faith. In fact, as Brian points out in his movie, knowledge isn’t something that’s encouraged in Christianity. To the point, it’s discouraged. He points out that the only unforgivable sin in the New Testament, is the denial on the Holy Ghost. So that means, if you ask yourself, if there is a god, and you come to the conclusion that there isn’t, then you have denied the Holy Ghost, and have committed the only unforgivable sin there is. If you don’t believe, you’re going to hell, or you wont be able to be with your family forever, or whatever the punishment is for your particular brand of Christianity. You will be punished if you think the wrong thoughts. In other words, it’s discouraged.

When my daughter was little, about 7 years old we celebrated Christmas eve, with my wife’s side of the family at a get together at her grandmothers house, to exchange gifts, sit, talk and eat together. Just like millions of other families out there. I, for the past 6 years, have not attended these gatherings. ( I’ll explain why in another post, suffice it to say, it’s not an important point to this article. ) This year, my wife had to work late, so her mother wanted our 6 year old daughter, to spend the day with her, and go to grandmothers early that afternoon. I dropped the wife off around 6pm, and went to finnish up last minute grocery shopping. At the end of the evening, after my wife and our child had been dropped off at home, her mother called and wanted to share an ” incident ” involving our daughter. It seems that when all of the kids were together, and my daughter was asked ” Are you excited about Santa Clause coming ? ” she replied, ” No. There is no Santa Clause. “. The kids became angry, which, I can understand. However the adults became angry as well. This lead my daughter to be ostracized for the rest of the evening, not only by her peers, but by the adults as well. They couldn’t believe that we’ve never lied to our daughter, they couldn’t believe that we didn’t teach her that Santa was real.

In other words, they were mad because we taught her to deny Santa Clause. The knowledge that Santa doesn’t exist, was discouraged. It was an unforgivable sin.

Did I mention everyone on my wife’s side of the family are Christian ?

← Does Death Exist? New Theory Says ‘No’
Obama asks Palestinians to back off statehood push →