Stories about the Irish hospital system- Diabetes in Crisis 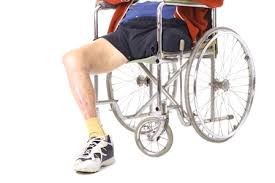 Diabetes services are in crisis, with complications, such as amputations, at a record high, Diabetes Action has claimed.

New figures from the HSE show that in 2010 and 2011, there were 781 diabetes-related lower limb amputations, a 20% increase on the previous two-year period.

Some 190,000 people in Ireland have diabetes and according to the advocacy group, the condition is now the single biggest cause of amputation, blindness, kidney failure and stroke. Yet the HSE is ‘amplifying this public health disaster’ by failing to fill essential posts and make retinal screening available, despite the fact that funding has been available for this since 2010.

Commenting on the figures, consultant endocrinologist, Dr Kevin Moore, described leg amputation as the ‘greatest measure of failure in the treatment of diabetes’. However, he noted that this ‘occurs daily in our hospitals‘.

Furthermore, every week in Ireland, someone with diabetes goes blind as a result of related eye disease, diabetic retinopathy. And ‘promised advances’ in paediatric services to increase the availability of insulin pumps to young children ‘haven’t materialised’.

Dr Moore insisted that the HSE is failing people with diabetes ‘on every front’ and despite some work being done in this area, there has been ‘no impact on health outcomes’.

“Footcare, eyecare and paediatric services have all been funded in successive HSE Service Plans since 2010, however, of 16 footcare posts, nine remain unfilled, the promised retinopathy screening programme has stalled and paediatric nursing and dietetic posts in Cork, Limerick and Galway have not even been advertised,” he said.

Meanwhile, speaking about plans to move some diabetes care from hospitals into GP surgeries, Dr Moore insisted that this would ‘not be safe or acceptable until essential services, such as retinanl screening, are in place’.

“Most GPs are not trained in managing these complex aspects of diabetes care,” he said.

Also commenting on this issue, Dr Anna Clarke of Diabetes Ireland, said that while the government’s policy on chronic illnesses is based on integrated services, none of the elements required for this in the area of diabetes have been delivered.

“Most nurses applying for these posts will come from the hospital system and because of recruitment embargos they won’t be replaced when they leave. The posts may strengthen certain pilot primary care initiatives, but they will ultimately weaken already deficient services in hospitals where nursing posts will vanish,” Dr Clarke insisted.

Diabetes Action is calling on the Minister for Health to ‘show leadership and insist that the HSE deliver on its commitments’.