← Meditation appears to produce enduring changes in emotional processing in the brain
If pot were truly legal, high-quality joints would cost the same price as a Splenda packet → 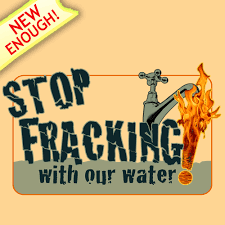 “Pennsylvania has opened up its doors to fracking in ways that many other states in the U.S. have not,” said David Dausey, Ph.D., chair of the Mercyhurst University Public Health Department. “We don’t know enough about the environmental and human health effects of fracking and, as a result, Pennsylvania has become the home of experimental fracking.”

Dausey discusses his concerns in this month’s episode of The Dausey File: Public Health News Today.

Hydraulic fracturing or fracking is a controversial method to extract natural gas or petroleum from subterranean shale by using pressurized water to blast it open. Proponents of fracking have noted its potential for helping the U.S. achieve energy independence while also stimulating the economy and creating jobs. These proponents have met stiff resistance from environmental groups that claim fracking can result in air and water pollution and have adverse human health effects.

He noted that the oil and gas industry along with the government have made it difficult, if not impossible, to conduct comprehensive scientific research on fracking. “Until we have real scientific research about the environmental and human health effects of fracking, we should regard all current fracking practices as experimental,” Dausey said.

He posited that people who live close to fracking sites have “every right to be concerned” about the potential health consequences of fracking.

Chemicals used in the fracking process contaminate millions of gallons of water, Dausey explained. Safe disposal is an environmental concern. Further, he said, the exact chemicals used in the process are unknown because of industry resistance to surrender trade secrets. Fracking also has the potential to contaminate drinking water from wells.

“There is a recent lawsuit in Pennsylvania that claims that Pennsylvania officials didn’t report toxic chemicals found in drinking water near a gas drilling site,” said Dausey. “If true, this raises a real concern about how Pennsylvania is regulating and monitoring the fracking occurring in the state.”

Dausey noted that fracking isn’t just a water pollution concern. It can also deliver methane emissions into the air; the exact levels are disputed but research suggests that it may result in acute and chronic health problems for people living close to a well. Dausey urged further research before fracking becomes more widespread.

“Keeping the public safe should be our number one priority,” he said. “It should take priority over profits, over jobs, over everything.”

via More scientific research of ‘fracking’ urged in Pennsylvania.

via More scientific research of ‘fracking’ urged in Pennsylvania.

← Meditation appears to produce enduring changes in emotional processing in the brain
If pot were truly legal, high-quality joints would cost the same price as a Splenda packet →