Much has been made of the monolithic image presented by the recently named Standing Committee of the Chinese Communist Party: all men, hair dyed black, dark suits—a visual metaphor, it could be said, for the party’s commitment to the stifling of individualism and creativity. Indeed, critics of China contend that the country which gave the world paper, printing, gunpowder, and countless other innovations has lost its mojo under communist rule. China has no homegrown Apples or Microsofts, they say, because it is just a copycat nation. According to the naysayers, China under the Communist Party is doomed to backwater status because of an endemic culture of obedience and adherence to rules. 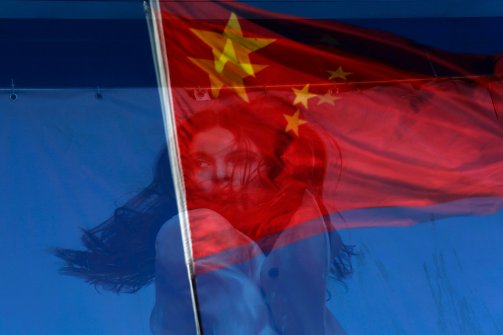 But do not be fooled by surface appearances. Before the reign of this group of Chinese leaders has ended, you are going to be singing Chinese songs, watching Chinese movies, dancing Chinese dances, and buying both products and services invented in China. The Chinese Communist Party has figured out that selling the world on Chinese culture is an important way to solidify the country’s global position, and they are backing indigenous creativity, as well as its export, with real resources. Yes, the party wants to squelch cultural expressions that threaten its own continuity and survival. But even these attempts at suppression have the contradictory effect of stimulating innovation in an essentially creative populace, just as, say, the sonnet or haiku rules have, in the past, produced great poetry.

China is far from indifferent to the share of mind that culture has allowed the West to enjoy through the ubiquity of our creative output. In the Chinese government’s most recent five-year plan, there is a chapter dedicated to exporting Chinese culture. The plan calls for a building of the China brand through international dialogue, cultural exchange, and cultural aid. Libraries, media centers and information services are to be established internationally. The trade of cultural goods is to be promoted. Investment in the well-known Confucius Institutes, which teach Chinese language and culture to foreigners, will continue to grow; there are now over 858 Confucius Institute facilities worldwide, including 81 institutes and 299 classrooms in the United States.

It is certainly true that various barriers to creativity caused by a bureaucratic mindset within the state sector do exist. Additionally, the routine theft of intellectual property lowers the reward for creativity, and it probably dampens the enthusiasm to invent when the opportunities to skim money in corrupt transactions are so common. But government attempts to suppress freedom of expression seem actually to have been spurs to amazingly successful innovation in citizen self-expression. The Chinese language lends itself to puns; consequently, the government is often confounded with maniacally clever, sometimes obscene ridicule of their policies in tweets which go viral on a billion cellphones.

Already Chinese consumers buy 19 percent of all PCs sold throughout the world, 14 percent of the mobile phones and 26 percent of the cars, so when the country finally rebalances its economy towards consumption and succeeds in importing Western techniques for understanding consumer needs, the mammoth internal Chinese market will itself give China an edge in innovation. But meanwhile there is plenty of innovation spurred by the government, which has created enclaves of creativity in research—such as the National Academy of Science’s research park, which does groundbreaking work in cloning with the help of a favorable legal environment. And the authorities have successfully incubated entire industry sectors such as solar and wind power, battery technology, and electric vehicles.

via China’s Next Big Export: Creativity And Culture – The Daily Beast.

via China’s Next Big Export: Creativity And Culture – The Daily Beast.