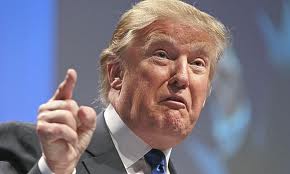 Real estate mogul Donald Trump is a notoriously outspoken critic of President Barack Obama and his policies. But on Wednesday, the Donald had nothing but kind words for the commander-in-chief.

Trump, via his official Twitter account, said Obama did a “good job” handling the ongoing crisis between Israel and Hamas in Gaza and helped “stop the war” after the two spent days exchanging fire.

“Pres. Obama’s steady support of @Israel throughout this crisis helped stop the war. He did a good job’.

A cease-fire agreement between Israel and the Gaza Strip’s Hamas rulers took effect Wednesday night, bringing an end to eight days of the fiercest fighting in years. The agreement was sponsored by Egypt.

Trump was apparently in a particularly good mood on Wednesday, he even wished everyone a happy Thanksgiving — including his “many enemies.”