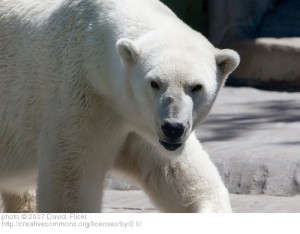 In Doha, another round of climate talks comes to a close with promises to come back next time and continue arguing the same old points again and do as much as is required to fobb off the electorate in the interim.

Essentially the third world countries got a bollocking for cutting down their trees and not hugging tigers, the capitalist western rich climate destroying nations got moaned at for paying lip service to the whole thing.

The Americans don’t want to pay for climate change because ‘they didn’t mean it’ all they wanted do do was make harmless trillions by filling the air with chemicals for which they take no responsibility whatsoever.

Everyone did, including the Americans!

There then followed much niggling about the ‘exact wording’ of this and that, some clapping, patting of backs and then a chorus of ‘Thanks F*ck that’s over for another year’ by all concerned.

They then jumped into their bird killing jets, ate a dinner that cost more money than a Somalian Village earns in a year, typed texts and emails on a variety of far-from-carbon-neutral mobile devices and then went home to prepare for another extravagant Christmas.

Dr Kelly Michaels from Sevenoaks University has calculated that the annual cost of Hypocrisy is roughly equivalent to that of the Italian national debt (a sum so large that it requires a specially designed wide-screen cash-point to display).

Calls for an anti-hypocrisy summit have thus far fallen on deaf ears as most governments would have little to say at such an event without contravening its underlying principle.

Meanwhile, polar bears are eating their cubs, more bad things ‘the size of Belgium’ are happening each years, four orangutans die  to make one packet of jammy dodgers and China has started paying for fish with giant pandas because they’re too bloody expensive to look after and it gives them an air of environmental benevolence.

God, as usual, is keeping very tight lipped over the whole affair.

via Climate Talks end with Promise to Continue Dithering!.

via Climate Talks end with Promise to Continue Dithering!.