Posters that “showed” Soviet people the difference between socialism and capitalism.

Comment: These posters remain a valid commentary on capitalism and its rapacity, exploitation and illusory promises. If you are not part of the capitalist class, it is a bargain with the devil who promises wealth down the road but instead delivers economic destruction and caprice with no way out. It is a system propped up by the psychology of the lottery: there are most certainly winners and one is asked to believe that you will be one of them in exchange for your labor and (most importantly), time. What is not revealed is that the “reward” if at all forthcoming, is outrageously minuscule compared to the time and effort expended. In short, freedom to work in capitalist hell. 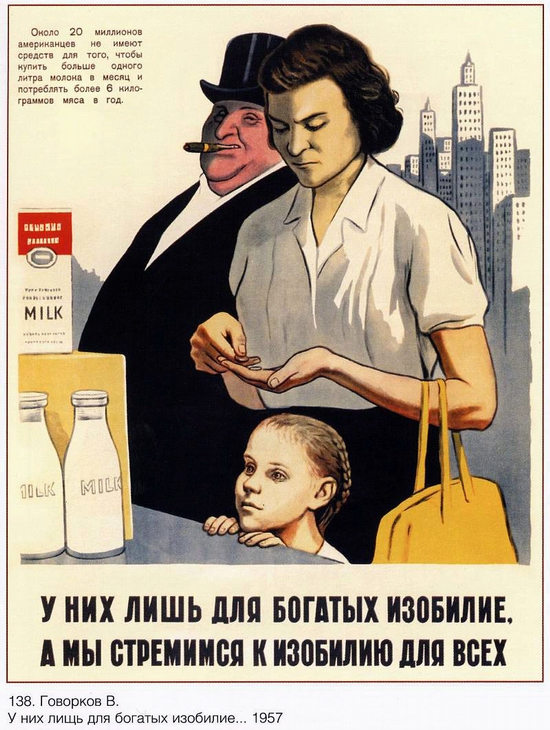 About 20 millions of American people don’t have enough money to buy more than 1 liter of milk per month and 6 kg of meat per year.

They have plenty of goods for rich people only, and we are going to give goods to all the people. 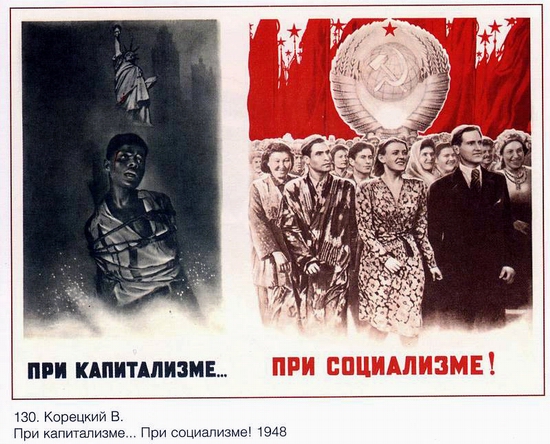 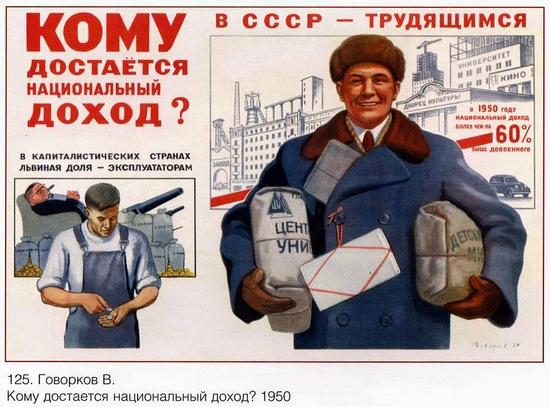 Who has the national income?

Exploiters have the majority of it in capitalistic countries. 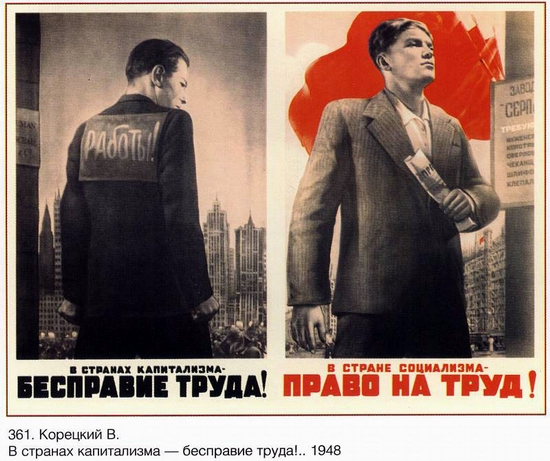 n the countries of capitalism – the violation of working people rights

In the countries of socialism – the right to work 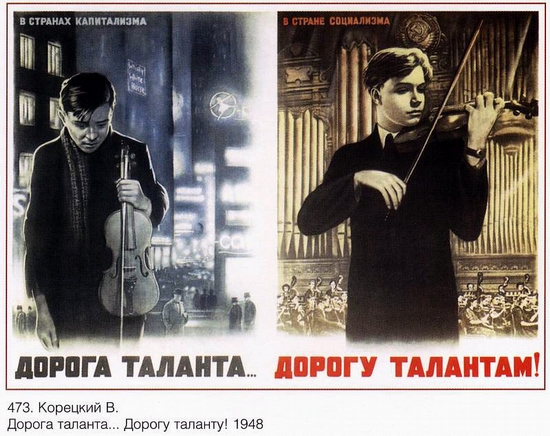 In the countries of capitalism – the path of the talent…

In the countries of socialism – the path to the talent! 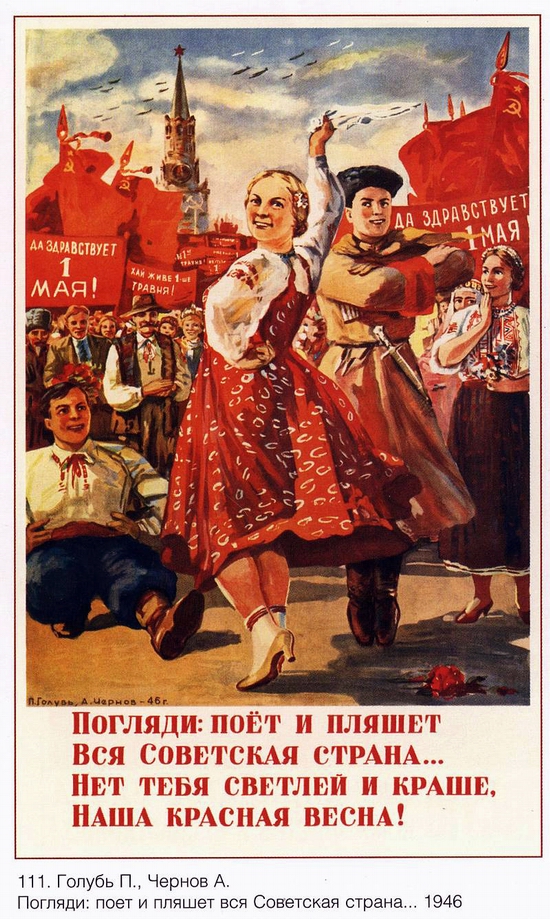 Have a look, all the Soviet country is singing and dancing…

Our red spring is the most beautiful one!