Why I let Wall Street walk 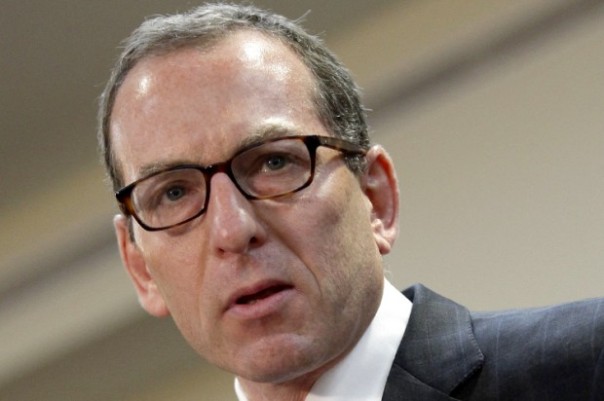 I’ve never seen as relatively unheralded an official as the head of the criminal division at the Justice Department get so many exit interviews in national newspapers.  But Assistant Attorney General Lanny Breuer, who’s retiring to spend more time with his family at white-shoe law firms on Wall Street, has been given multiple chances to make a last impression.  When you spend nearly four years and fail to prosecute anyone of significance for the financial crisis that caused millions of foreclosures, layoffs and a giant hole in the economy that has still not been papered over, I guess you need your pals in the establishment to help you plead your case.

This interview with the New York Times’ Dealbook (sponsored today by the financial firm Allianz) is no different. As a prelude, he gets a commendation from former Attorney General and current corporate lawyer Michael Mukasey (always good to have the lawyer from the other side of the table, defending those you could have but chose not to prosecute, praising your work). He gets phantom criticism from unnamed members of “the Occupy Wall Street crowd” and “Rolling Stone magazine,” a reference to Matt Taibbi. There’s no easier way to marginalize critics than to refuse to name them.

Breuer talks about his hardscrabble upbringing and his selfless decision to enter public service as a junior district attorney in Manhattan (we know it was selfless because he told us about it himself). In the same interview, he proudly says how constantly walking through the revolving door from government law enforcement to corporate firms makes him a “better private lawyer,” and how he’s going to look at all kinds of offers rather than just settling for Covington & Burling, the corporate firm where he (and Attorney General Eric Holder) last worked.  The humble-bragging here is a bit unsightly.

But the big question on everyone’s minds is, why hasn’t Wall Street paid a price for its conduct that exploded the economy. And here’s his non-answer.

Well, that answers that. He assigned people. Never mind the fact that the central complaint of both the financial fraud enforcement unit and the year-old securitization task force announced by the president has been that they lacked resources. Former Sen. Ted Kaufman and his chief of staff Jeff Connaughton consistently complained of no legitimate investigations at the financial fraud unit. And for months upon months, the securitization task force, the one co-chaired by New York Attorney General Eric Schneiderman, had no staff, no phones and no offices. The lack of assignments, as it were, was a central problem.  Despite years of working on a settlement for the biggest banks on their illegal foreclosure processing, the only actual investigation into that conduct at the federal level came from the inspector general from the Department of Housing and Urban Development.

Dealbook, meanwhile, strains to help Breuer out. They ask why he would “open yourself to such scrutiny” on “60 Minutes” and “Frontline,” as if it’s an affront to question the man in charge of criminal prosecutions about the lack of criminal prosecutions. And they highlight Breuer’s “biggest victory”: a guilty plea from a Japanese subsidiary of UBS on manipulating a benchmark interest rate known as Libor.  “It was the first unit of a global bank to plead guilty in two decades,” Dealbook gushes.

Please. The previously-not-mentioned Matt Taibbi has taken on how pathetic this is. The parent company UBS got a non-prosecution settlement, and the Japanese subsidiary was told beforehand it would not lose any licenses to continue banking in Japan. That this is seen as a new get-tough policy (instead of actually prosecuting the individuals at the companies responsible for fraud), as a legitimate deterrent to future crimes rather than a symbolic speck of dust, tells you plenty about the corruption inside Main Justice, and apparently at Dealbook as well.

But I guess that as the Justice Department loses a criminal division chief, Dealbook gains a new source at a corporate law firm, willing to dish about which Wall Street figure will go free this time. All’s well that ends well.

David Dayen is a freelance writer based in Los Angeles, CA. Follow him on

via Why I let Wall Street walk – Salon.com.

via Why I let Wall Street walk – Salon.com.