Fight and hooliganism are the constant companions of church holidays; the drunken victims of religious festivals; thousands of young people die yearly in honor of -Holy Christmas-; after the holiday.
Source: Hoover Political Poster Database. 2007. 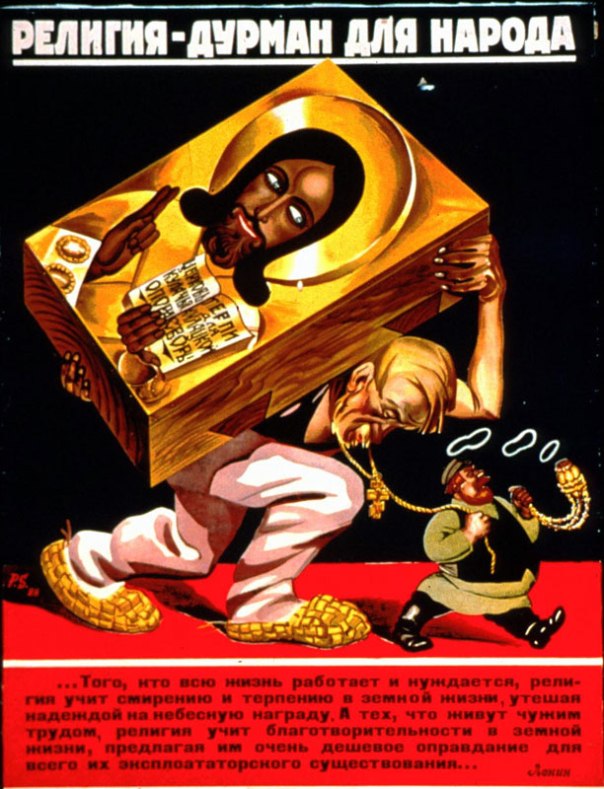 Selected passages from church teachings about the inferiority of women, with verses at the foot of the poster which conclude: -Woman! Go to the Soviets, to the factory committees, to the unions, listen to lectures, study, read newspapers, enroll in the workers faculties, the technical schools, colleges. Know: you’re foolish to search the heavens. Remember: how did you live in the past? The working woman is a comrade, throw away your belief in the priests and god.-

N. Kogout: Cleanliness is the Foundation of Good Health (1926)
Set in the Caucasus region; the mullah being swept away holds the Koran.
Source: Bezbozhnik u stanka. Moscow: M.K.R.K.P.. 1923.

Mikhail Cheremnykh: “Gesundheit!” (1923)
This poster from a 1923 issue of THE GODLESS showed how grossly offensive the antireligious campaign could be.
Source: Bezbozhnik u stanka. Moscow: M.K.R.K.P.. 1923. 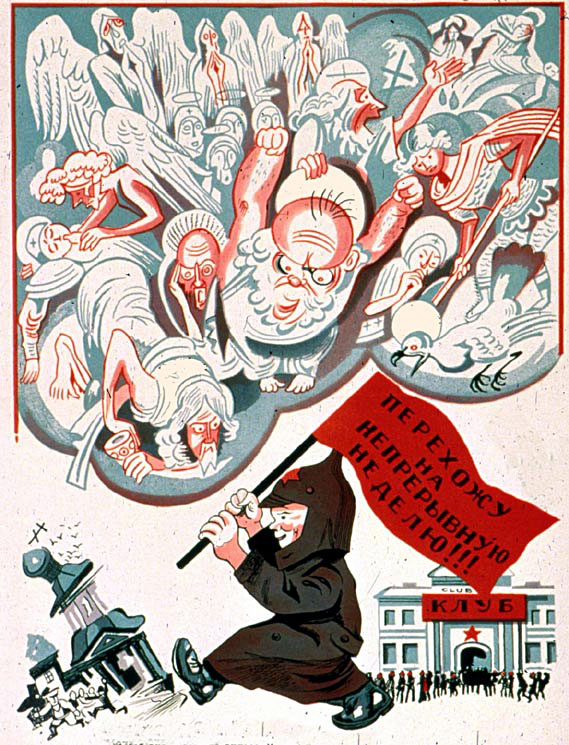 We have unmasked the anti-Soviet plans of the capitalists and the church. 1932 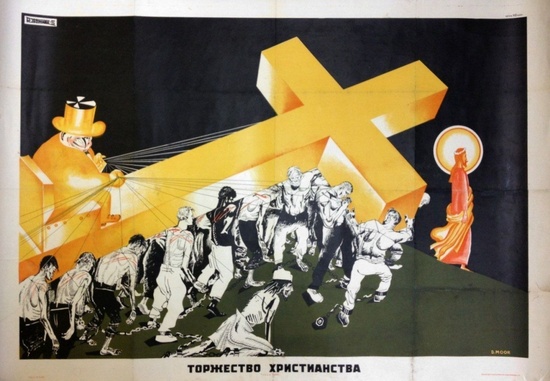