Supermarkets today wield unprecedented power on a global scale. From Bangladesh to South Africa, supermarkets dictate the terms at which overseas producers are forced to sell their goods. With threats to find new suppliers, they force prices down around the world 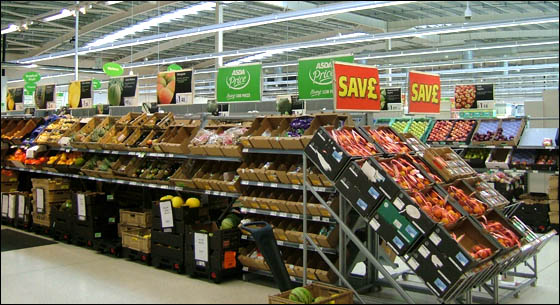 But the workers who produce those goods – from fruit and vegetables to flowers, wine, cheap clothes and tea – feel their devastating impact every day. Working in factories or on plantations, they face long hours, terrible working conditions and little or no trade union rights. Despite working 80 hours a week, many workers are not able to earn a living wage.

The big four supermarkets – ASDA, Morrisons, Tesco and Sainsbury’s – control 75% of the grocery market in the UK and aim to keep their prices low and their profits high. They use their enormous size and influence to put their suppliers under immense pressure to produce goods as cheaply as possible. As well as squeezing their suppliers on price, they dictate terms and agreements, like forcing them to take on costs for discounts and promotions. These pressures then get passed on to the people who grow, pick and pack our food in low wages, long hours and poor working conditions.

To tackle supermarket power War on Want has campaigned for many years for the government to introduce a supermarket watchdog to stop supermarkets bullying their suppliers. After years of successful campaigning the government has now agreed to put forward proposals, and we are now pushing hard to make sure that it has the powers it needs to be effective.

As well as bullying their suppliers, supermarkets are continuing their push to dominate the UK market through opening more and more high street stores. War on Want is proud to be part of the Tescopoly alliance that campaigns against the negative impacts of supermarket power on workers’ rights, local businesses, communities and the environment and supports local campaigns against new supermarket developments.