← Previous Post
Welcome to Ireland, Where Mortgage Payments Are Optional and the Banks Are a Mess →

THE TEACHERS’ UNION OF IRELAND (TUI) has voted in favour of a motion that instructs its executive committee not to re-enter talks on Croke Park 2 with either government or management and to reject any imposition of proposals on its memebers.

The union today held its conference in Galway, voting on several motions in relation to the proposals for the new Croke Park Agreement.

One of the emergency motions voted on today instructs the executive committee to withdraw from the Irish Congress of Trade Unions (ICTU) if attempts are made to impose proposals on members.

In the event that the government or ICTU tries to impose the proposals under the new Croke Park deal on TUI members, the union has voted to ballot for industrial action including strike action.

Over 80 percent of TUI members, made up of post-primary teachers and higher education lecturers, voted to reject the proposals under the new agreement in the union’s first ballot last month.

Today the union proposed that should the government move to impose any change to conditions already rejected by members of TUI in the democratic ballot of members, members will immediately desist from participating in any or all of the following:

Any or all teacher-based assessments

Speaking to TheJournal.ie this evening Deputy General Secretary of the TUI Annette Dolan said it was now a matter of waiting for the outcome of other ballots to get an overview of members’ opinions.

Earlier today, Education Minister Ruairí Quinn was heckled by teachers waving red cards in the air during his address at the Irish National Teachers’ Organisation annual conference in Cork.

Quinn is due to speak at the TUI conference in Galway tomorrow and Dolan said she expects he will be “received courteously” by members. She said the union always “made a point of engaging in a dialogue with the minister”. 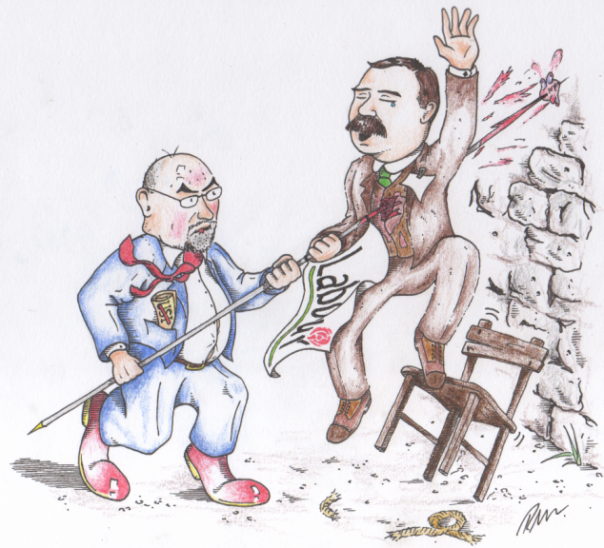 ← Previous Post
Welcome to Ireland, Where Mortgage Payments Are Optional and the Banks Are a Mess →