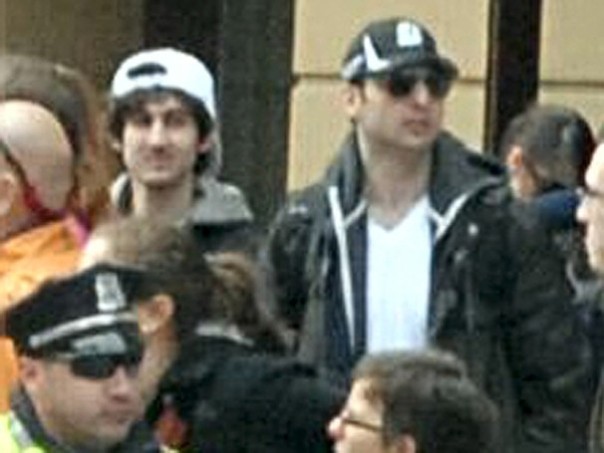 With their baseball hats and sauntering gaits, they appeared to friends and neighbors like ordinary American boys. But the Boston bombing suspects were refugees from another world — the blood, rubble and dirty wars of the Russian Caucasus.

Tamerlan Tsarnaev, 26, was a southpaw heavyweight boxer who represented New England in the National Golden Gloves and talked about competing on behalf of the United States. His tangle-haired 19-year-old brother, Dzhokhar, was a skateboarder who listened to rap and seemed easygoing to other kids in his Cambridge, Mass., neighborhood.

What we know about Tamerlan and Dzhohkar Tsarnaev

The brothers suspected of being the Boston Marathon bombers lived in Kyrgyzstan (and possibly elsewhere) before emigrating to the United States in the early to mid-2000s.

Tamerlan and Dzhokhar Tsarnaev, who grew up in U.S., were refugees from brutal conflict in Caucasus.

Tamerlan is now dead, killed in a shootout with police. Police said Friday night they had taken Dzhokhar into custody after he was cornered in a boat stored in a back yard in Watertown, Mass., after a massive manhunt . Hidden behind the lives they had been leading in Massachusetts is a biography containing old resentments that appear to have mutated into radical Islamic violence.

via Tamerlan Tsarnaev and Dzhokhar Tsarnaev were refugees from brutal Chechen conflict – The Washington Post. 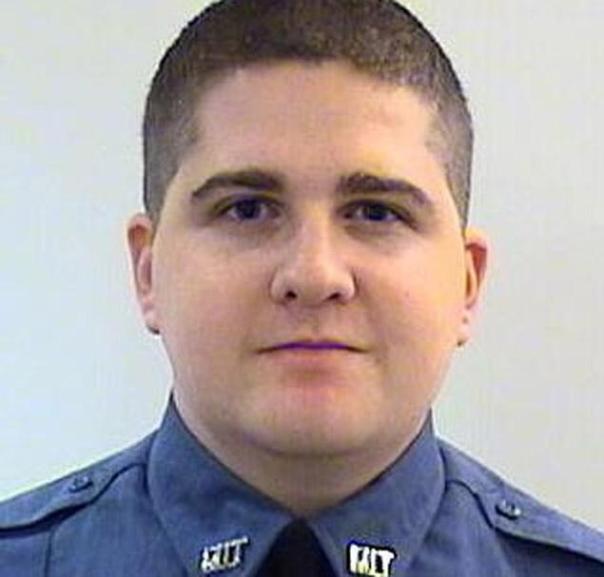 This is the image an entire nation has anxiously longed to see: the arrest of Dzhokhar Tsarnaev, the 19-year-old who allegedly terrorized, then paralyzed, an entire city.

The post-autopsy photo of a bloodied, naked body with a wide gash on his left side appeared on social news network Reddit Friday afternoon amid the ongoing police investigation in Watertown, Mass. The post was entitled “Autopsy pic of Tamerlan Tsarnaev (NSFW),”  (WARNING: The image is very graphic.)

Father Of Boston Suspects: US Security Services Set Up My Sons

The father of the two suspects in the Boston bombing, Tamerlan and Dzhokhar Tsarnaev, has told Russian and Western media that he believes his sons have been framed by US intelligence.
A report from the Russian agency Interfax says that a correspondent spoke with Anzor Tsarnaev, who resides in the southern Russian republic of Dagestan.
From the Interfax report:
“I learned about the incident from TV. My opinion is: the special services have framed my children, because they are practicing Muslims. Why did they kill Tamerlan? He was supposed to be caught alive. The younger is on the run now. He was a sophomore at a medical school in the U.S. We expected him to come home for vacation. Now I don’t know what’s going to happen. Tell you once again: I believe special services have framed my children.”
Reports on Twitter also claim that Anzor has said that “all hell will break loose,” if his remaining son, who is currently on the run in a suburb of Boston, is killed.

The AP reports that the father of the suspects also spoke with their own reporters. During a short conversation Anzor Tsarnaev was said to have told the reporters that his children were ‘true angels’. He also said that he has two more daughters who live in New York.
He described his younger son as “an intelligent boy” who was studying medicine, and said that both his children are innocent.
“They were set up, they were set up!” he exclaimed. “I saw it on television; they killed my older son Tamerlan.”
The father is then said to have become more agitated and abruptly ended the call angrily, saying, “Leave me alone, my son’s been killed.”

Mother says my sons are innocent

Boston bombing suspects’ mother_ My sons are innocent, this is a set up

via Boston bombing suspects’ mother_ My sons are innocent, this is a set up – YouTube.