Are some Americans being poisoned from food contamination of a heavily used herbicide? 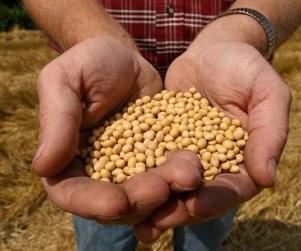 A recent peer-reviewed study of the herbicide Roundup appearing in the scientific journal Entropy indicates that this may be so.

The chemical in question is glyphosate, the main ingredient in Monsanto’s Roundup. The study reveals that measurable amounts of glyphosate have been found in food sold to the public. And, according to the study, this chemical has serious detrimental effects to the human body.

“Negative impact on the body is insidious and manifests slowly over time as inflammation damages cellular systems throughout the body,” say study authors Stephanie Seneff, of Massachusetts Institute of Technology, and Anthony Samsel.

According to the study, Glyphosate impairs the CYP (Cytochrome P450) pathway, a gene pathway vital to forming and breaking down molecules in cells, as well as enzyme functions that regulate some hormones and blood pressure. The abstract of the study states serious side effects: “Consequences are most of the diseases and conditions associated with a Western diet, which include gastrointestinal disorders, obesity, diabetes, heart disease, depression, autism, infertility, cancer and Alzheimer’s disease.”

Roundup works in conjunction with is Monsanto’s biotech crops, which are genetically engineered to be immune to the herbicide. Roundup is used on millions of acres of food crops, which include corn, sugarbeets, and canola.

According to the Environmental Protection Agency, glyphosate is the most popular herbicide in the country. It is widely used in lawn care, gardens, and golf courses all over the country.

Monsanto denies all of these claims, and insists its product is safe. Monsanto’s Executive Vice President of Sustainability says “We are very confident in the long track record that glyphosate has. It has been very, very extensively studied.”

Review Not Coming Until 2015

As far as oversight is concerned, the U.S. Environmental Protection Agency is continuing a standard review of glyphosate, and will determine whether use of said chemical should be restricted…in 2015.

via Hazardous to Your Health? New Study Questions Safety of Monsanto’s Roundup.

via Hazardous to Your Health? New Study Questions Safety of Monsanto’s Roundup.