← The Vatican and GMOs
Rohingya: the world’s most forgotten people →

It’s Called Freedom Of The Press For A Reason

In one of his final opinions as a Supreme Court Justice, Hugo Black in the 1971 Pentagon Papers case wrote that “The Government’s power to censor the press was abolished so that the press would remain forever free to censure the Government.” The Court’s 6-3 decision granted the Washington Post and New York Times permission to resume publishing a comprehensive and classified government history of the Vietnam War. The permission was granted over the “national security” objections of the Nixon administration. Black’s opinion stressed that the “press was protected so that it could bare the secrets of government and inform the people.” 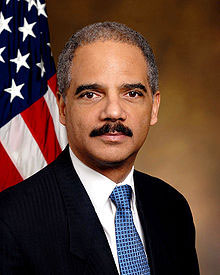 The Pentagon Papers case revolved around the more traditional press debate regarding prior restraint: if and when the government has the right to stop news organizations from disseminating sensitive information. The Supreme Court’s landmark 1931 media ruling, Near v. Minnesota, declared that almost all forms of prior restraint were unconstitutional. One of the few exceptions included issues of national security.*

Of course, the recent Obama administration controversies surrounding freedom of the press revolve around national security and the intense prosecutorial efforts by the government to weed out leakers of classified information. Rather than trying to stop journalists from reporting national security news, federal law enforcement seems preoccupied with snooping around, in increasingly clandestine ways, and ensnaring reporters in criminal investigations.

Whether it was the Department of Justice’s wild overreach in seizing phone records of more than 20 separate telephone lines used by Associated Press editors and reporters, or the Department’s more focused, yet even more troubling, information grab of a Fox News reporter, the practice is wrong and shortsighted. It’s also un-American.

The Founding Fathers had the foresight to carve out extraordinary privileges and protections for the press, and for centuries they have endured. So why now turn our storied First Amendment into the Sort Of First Amendment or the When It’s Convenient First Amendment?

Imagine what international observers must be thinking as they watch the U.S. government, in the name of leak investigations, chisel away at one of America’s most famous contributions to the democratic way of life: Freedom of the press.

Yet it’s also important to note that despite some of the heated rhetoric in recent days, there’s little evidence that the federal government is waging some sort of all-out war on journalism (that it’s “spying” on reporters), or that it’s set out a dangerous new policy to “criminalize” the craft. And no, Fox News certainly hasn’t been “targeted” by the Obama administration, despite Fox’s plaintive cries of victimhood in recent days. (There’s certainly no evidence to back up Shepard Smith’s baseless on-air claim that the Department of Justice “went into” Fox News computer servers and “pulled things out.”)

First Amendment alarms bells went off when it was revealed that Fox News’ James Rosen had been described as “at the very least, either as an aider, abettor and/or co-conspirator” in a 2010 FBI affidavit in support of warrant seeking permission to look through the reporter’s phone records as well as the contents of his Gmail account. The FBI was looking for correspondences with then-State Department security adviser Stephen Jin-Woo Kim, charged with leaking classified information to Rosen about North Korea in 2009.

The Rosen warrant request appears to be the first time (that we know of) that the government singled out a journalist as a possible criminal during a leak investigation. In other words, it was the first time law enforcement in court proceedings suggested it was a crime to publish, or to try to obtain, classified information. (It is not.) The FBI’s targets in the past had always focused on the leakers, not those receiving the leaks.

And in the past, when law enforcement wanted to obtain phone records or other personal communications from journalists, they were supposed to issue narrow subpoenas after exhausting all other investigative avenues. (And only after the Attorney General personally approved of the move.) Prosecutors also notified the media company in question about the subpoena, unless notification threatened the integrity of the investigation.

Prior to the Washington Post story being published on May 20, Rosen knew nothing of the search warrant or that it had been acted upon. And that’s why the alarm bells sounded, and with good reason. The idea that federal law enforcement can simply grab a reporter’s private communication without the reporter or his news employer ever being notified — and without them given a chance to persuade a judge the stop the action (i.e. judicial relief) — is wrong and it’s dangerous and in the Rosen case it was unacceptable.

But also note that Rosen being unaware the FBI grabbed his emails was, in weird way, reassuring. It’s reassuring because despite the alarming wording of the warrant request (“abettor and/or co-conspirator”), no charges were ever brought against Rosen, and according to the FBI none are expected to be forthcoming.

Despite the disturbing language used in the single FBI warrant request, reportedly approved by Attorney General Eric Holder, the Rosen case not does appear to reflect a larger policy shift within the Department of Justice to “criminalize” reporting. Plus, there’s recent evidence to suggest the DOJ has declined to take drastic steps against the press during a national security leak investigation.

On May 17, The Smoking Gun reported that FBI counterintelligence agents had overseen a lengthy leak investigation after The Smoking Gun published a classified, 12-page CIA report detailing the organizing activities of al-Qaeda members imprisoned at Guantanamo Bay.

Thanks to a Freedom of Information Act request, the Smoking Gun learned:

The case remained open for three years and eight months, spanning the Bush and Obama administrations. It was formally closed in March 2010 when, after much internal debate, the Department of Justice’s Counterespionage Section declined to authorize a subpoena–sought by the FBI–compelling [The Smoking Gun’s] editor to testify before a grand jury about its source.

Faced with taking the extreme measure of forcing an editor to testify before a grand jury about the identify of a source, the DOJ declined, and instead closed down an unsuccessful leak investigation. If there really were a top-down administration attempt to “criminalize” national security reporting, wouldn’t that editor have been compelled to testify?

Right now though, that remains a small consolation.

via It’s Called Freedom Of The Press For A Reason | Blog | Media Matters for America.

← The Vatican and GMOs
Rohingya: the world’s most forgotten people →