U.S. Bluster and Hubris Having No Impact on Russia’s Putin or China 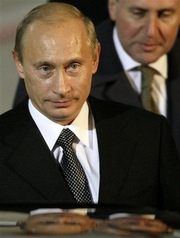 Presently those comments are all connected to Edward Snowden’s whistleblowing of the NSA’s secret surveillance programs, the fallout over the U.S. extradition request to have him sent back to the U.S. to face espionage and theft charges and U.S. government officials making threats to both China and Russia for refusing to have Snowden extradited to the U.S.

Of course, neither China nor Russia have extradition agreements with the U.S., so on the face of it the U.S. is howling in the dark.

But with regard to the Chinese and Russian comments to the U.S. government about its behavior in the Snowden saga, from here they’ re considered priceless. Here are a few of those priceless gems:

From the Chinese Peoples Daily:

Regarding Snowden, “A young idealist who has exposed the sinister scandals of the U.S. government”.

“Instead of apologizing, Washington is showing off its muscle by attempting to control the whole situation”.

“The voices of a few American politicians and media outlets surrounding the Prism scandal have become truly shrill. Not only do some of them lack the least bit of self reflection but they arrogantly find fault with other countries for no reason at all”.

The United States has gone from a model of human rights to an eavesdropper on personal privacy, the manipulator of the centralized power over the international internet, and the mad invader of other countries networks”.

It was “Snowden’s fearlessness that tore off Washington’s sanctimonious mask” revealing them as “The biggest villain in our age”.

“Assange and Snowden consider themselves human rights activists and say they are fighting for the spread of information. Ask yourself this: should you hand these people over so they will be put in prison?”

Compare those comments (coming from the authoritarian Chinese and Russian regimes) with these comments from Secretary of State John Kerry who said, “Russia is a repressive country” and few hours later said, “The U.S. is not looking for confrontation”. Ah it sounds a little like “double speak” there John.

Now in no way is this writer so naÃ¯ve to believe Russia and China are not themselves authoritarian regimes that do act with repression regarding their internal affairs.

And there’s no doubt that given the opportunity these two countries will stick it to the U.S. with straight forward critical comments as the Snowden saga has afforded them.

But we’re supposed to be a representative democracy, with a Constitution, follow the rule of law and a government that professes to be “of, by and for the people”.

Well those canards belong aside the hokum of “Manifest Destiny” and Nixon stating “I’m not a crook”, (the former a deceit and fallacious lie we were indoctrinated with during my public school days long ago and the latter spoken from the Oval Office on national T.V. about the cover up in the Watergate scandal).

So regarding the Snowden saga the two “repressive governments” comments are pretty much forthcoming with the truth.

As for the U.S. it’s the same bluster and hubris but what else is new.

via OpEdNews – Article: U.S. Bluster and Hubris Having No Impact on Russia’s Putin or China.