Coming Soon to a Cinema Near you Bankula

The Undisputed  Master of Horror Banking 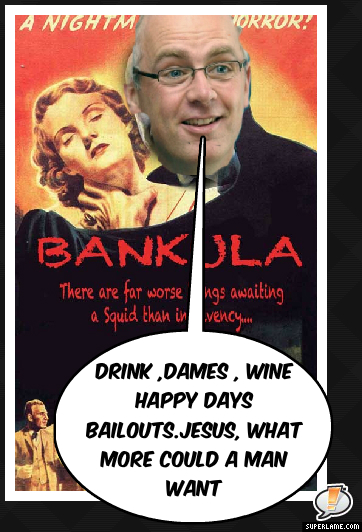 US firm of disgraced former Anglo boss shut by authorities

THE US firm set up by disgraced former Anglo Irish Bank boss David Drumm has been dissolved after he failed to file any company records over the last two years. read full article

THE Central Bank is examining whether Anglo Irish Bank “deliberately misrepresented” its position when it sought taxpayer support in 2008, according to the Governor Patrick Ho read full article

CABINET ministers are worried about an Oireachtas banking inquiry, or witnesses before it, jeopardising any cases against former Anglo Irish Bank officials.read full article