The fallout from the recent disclosures of the National Security Agency’s secret surveillance programs continues to spread. 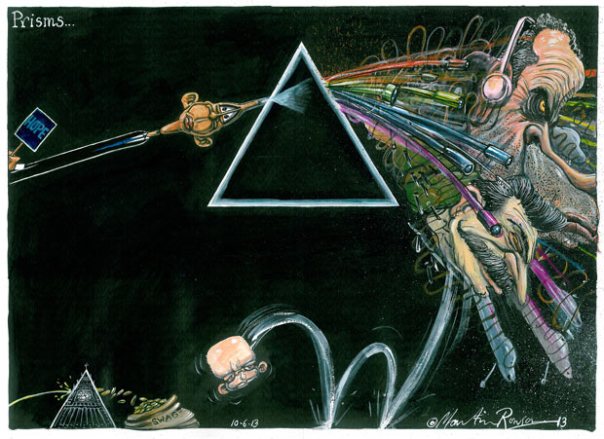 On Monday, the European Parliament Civil Liberties Commission voted overwhelmingly to investigate the privacy and civil rights implications of the NSA’s PRISM and other spy programs on European citizens, and demanded more information on the programs from U.S. authorities.

In a resolution, the Parliament called on member nations to also consider suspending any counter-terrorism related data transfer arrangements — such as airline passenger records — they might have with the U.S. until better protections become available for the data.

Meanwhile, in a separate development, the Washington-based rights group Electronic Privacy Information Center (EPIC) filed a petition with the U.S. Supreme Court challenging the legal basis that the NSA is using to collect the phone records of tens of millions of Americans.

EPIC’s petition asked the Supreme Court to immediately halt the NSA’s domestic surveillance activities saying the agency has no reasonable basis for conducting such surveillance.

The developments are the latest in a string of events that began when NSA contract worker Edward Snowden leaked documents describing secret U.S. surveillance programs to the media. The documents describe various NSA data collection around the world, and have caused widespread concern about dragnet NSA surveillance activities not just within the United States but outside the country as well.

The EU resolution, which was passed by a margin of 483 votes to 98 (with 65 abstentions), is one measure of the concern stoked by Snowden’s revelations. It strongly condemned the NSA’s alleged activities and urged U.S. authorities to provide the EU with full information on the secret surveillance disclosed by Snowden.

“Parliament’s Civil Liberties Committee will conduct an ‘in-depth inquiry’ into the US surveillance programs, including the bugging of EU premises and other spying allegations, and present its results by the end of this year,” a statement from the Parliament noted. “It will assess the impact of the alleged surveillance activities on EU citizens’ right to privacy and data protection, freedom of expression, the presumption of innocence and the right to an effective remedy.”

The Snowden affair has strained Washington’s relationships with other countries as well. Over the weekend, Brazil for instance, expressed “deep concern” over a report in The Guardian newspaper about U.S. intelligence agencies tapping electronic and phone communications of Brazilian citizens.

In a press statement, the country’s Minister of External Relations, Antonio Patriota, said Brazil’s government has sought clarifications from Washington on the nature of the NSA surveillance activities in that country.

Several other Latin American countries have also expressed displeasure at Washington after a recent incident in which the plane carrying Bolivian President Evo Morales was forced into making an unscheduled stop in Austria on the suspicion that Snowden was on board.

U.S. relations with Russia and China too have taken a hit over the Snowden affair. The U.S. government has accused both countries of not doing enough to extradite Snowden when they have had the ability to do it. Russia’s President, Vladimir Putin, has flatly said his country will not deport Snowden back to the United States.

Snowden is currently believed to be in the transit lounge at Moscow’s Sheremetyevo airport, where he is evading U.S. authorities. He flew into Moscow from Hong Kong more than two weeks ago.