JUDGE IN BRADLEY MANNING CASE DELIBERATES, BUT WE ALL KNOW WHAT SHE IS GOING TO SAY, REALISTICALLY 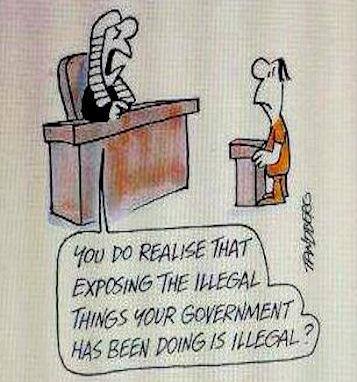 Fort Meade, MD – The United States has had, clearly, a bit of an issue with whistleblowers in recent years. The newest and biggest one, perhaps the most damaging, is still ongoing but there is still another one playing out in the courts, the saga of Bradley Manning which is rapidly coming to a conclusion.

After weeks of testimony and legal finagling, yesterday Judge Denise Lind retired to her chambers to deliberate in the remaining charges against Manning. Some of the initial crime with which he was charged Manning has pled guilty to, but others still stand and many of them are very, very serious.

Now Manning will await his fate, judge by a single person and not by a jury of his peers, this being a military court and all, which could very well result in a conviction for the 25-year old Manning. Actually, given the politically charged atmosphere of the case and there really being no other option, it’s pretty much guaranteed that he will be found guilty on all the charges, heck there’s no real reason to even bother with the deliberation, it’s going to happen.

“He’s not seeking attention. He’s saying he’s willing to accept the price. That is a whistleblower, period. That is somebody who wants to inform the American public,”said Manning’s lawyer David Coombs upon concluding his case.

Really, little of what Manning leaked mattered all that much save for a single video showing U.S. troops gunning down Reuters reporters, which was a little embarrassing.

Despite a willingness to take responsibility for his actions, it’s believed that Manning would still prefer to not go to jail for the rest of his life.

“I think it’s pretty clear what the judge’s decision is going to be since this case is what it is. I mean this is no small thing, not tiny little event that just happened to happen. Aside from the trouble that it cause, giving him release could give other people so inclined to do the same thing, and that is not something anyone wants I would think,” said Scrape TV Legal analyst Gabe Hawthorne. “This is one of those cases where the law is actually not totally relevant to the outcome, what matters is what people want and people want Manning to go to prison for a long time. Manning obviously not but he doesn’t really get a say.”

Manning has said on multiple occasions, perhaps even to the judge, that he would prefer to stay out of prison if that is possible.

“It’s really a sticky situation where what is right legally is not necessarily in lock step with what people seem to want. Often that results in people getting angry, but that is unlikely here because Manning acted against the government. Perhaps if the information belonged to a young black kid if Florida he would be okay, but the U.S. government is a different animal,” continued Hawthorne. “That is really what has gotten him in the most trouble, who he went up against. A lesser agency and everything would have been fine because what he did wasn’t really that bad, but he made the government look bad and when that happens they will seek revenge, and have it most likely.”