Dalai Lama asks ‘How does ‘Angels and Demons’ finish?’

His Holiness the 14th Dalai Lama spoke out today to ask the free people of the world how the book he is reading, Dan Brown’s thriller, ‘Angels and Demons’ finishes.

‘I’ve got to the bit where Langdon survives falling out of an exploding helicopter over Rome, but then some tosser or tossers unknown have ripped out all the pages after that.’

Tibet’s exiled spiritual leader says that he obviously realises that Langdon gets through the ordeal, because the character also appears in ‘The Da Vinci Code’ which comes after ‘Angels and Demons’, although the Dalai Lama, like many, first came to Dan Brown through the more successful second book.

His Holiness said that he ‘hasn’t got a frigging clue’ why anyone would want to rip the pages out of his copy, and that this kind of thing was ‘just fucking typical’.

He says if he doesn’t get any response, he’ll just have to ‘buy another bastard copy’ when he next goes through an airport, or maybe hope that the film gets shown on the flight, although he’s only really interested in finding out what happens at the end, and doesn’t see why he should have to sit through the whole thing.

Observers have commented that with the number of people worldwide seeking to take a leaf out of his book, this kind of thing was inevitable.

via Dalai Lama asks ‘How does ‘Angels and Demons’ finish?’ | NewsBiscuit. 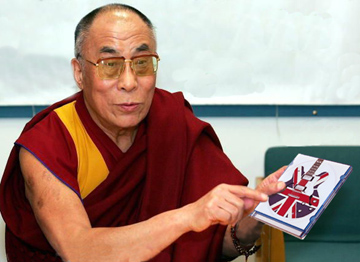 Tenzin Gyatso, the exiled spiritual leader of the Tibetan people found himself at the centre of a political controversy today when it was revealed that he had neglected to enter a number of gifts and good deeds done to him by fellow Buddhists in the Official Register. Since the so-called Cash for Reincarnation Scandal of the late 90s, it has been mandatory that senior Buddhists report all gifts, considerate deeds or just kindly thoughts of which they have been the chief beneficiary.

‘The karma register was devised to ensure that powerful Buddhists were not abusing their position – but it has got the stage that you can’t even hold a door open for the Prime Minster of Sri Lanka without him having to make a note of it…’ claimed a spokesman for the Dalai Lama.

Among the specific charges against the spiritual leader of Tibet is that on 13 February he left his umbrella in a restaurant but was reunited with it when a fellow diner came rushing out after him having noticed his absent mindedness. ‘There is no record of this random act of kindness’ said the Official Karma Watchdog; ‘Nor of the occasion when his holiness mentioned that he liked early Britpop, and one of his office support staff did him a compilation CD of Blur, Pulp and Oasis.’ Under the strict rules laid down in an appendix to the Kangyur or sacred texts, all samsaric good karma must now be declared.

‘People have been praying for him, sending their figurehead best wishes and good luck messages and only a fraction of this good karma appears in the official record,’ said the Karma Czar. ‘We have a copy of a letter from an Glastonbury woman who said she was sending out positive energy to the Tibetan leader, but he has not recorded how much positive energy he received nor the dates on which he sensed it.’

A spokesman for the Dalai Lama claimed that this ‘very minor scandal’ had been whipped up by the Chinese authorities to try and deflect from their own oppression in Tibet, but added ‘Anyway, failing to register the good karma is bad karma, so the karma is cancelled out and he’s back to where he was in the first place.’ 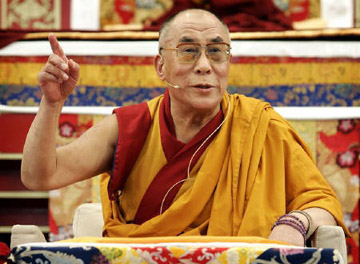 7 unknown facts about the place where Dalai Lama lived

Potala Palace is a museum, located in Lhasa, which comes under Tibet Autonomous region of the People’s Republic of China.

It served as the residence of Dalai Lama, until the 14th Dalai Lama fled to India.

We bring to you some very interesting facts about it.

Read on to find out.

-The highest palace in the world, Potala Palace stands on top of Red Hill, at over an amazing 3,500 meters above sea level.

-The Potala Palace was inscribed to the UNESCO World Heritage List in 1994. In 2000 and 2001, Jokhang Temple and Norbulingka were added to the list as extensions to the sites.

-The palace was recently named one of the “New Seven Wonders of the World” by the American television show Good Morning America and the newspaper USA Today.

-Potala Palace was named after Mount Potala, the abode of Chenresig or Avalokitesvara.

-The site was used as a meditation retreat by King Songtsen Gampo, prior to his marriage.

-It was in 637 that King Songtsen Gampo built the first palace there, in order to greet his bride Princess Wen Cheng, of Tang Dynasty of China.

via 7 unknown facts about the place where Dalai Lama lived – daily.bhaskar.com.

The Dalai Lama’s World of Warcraft Account May Be Cancelled

For 99% of RPG players, the story is the same: obtaining quests, journeying into the unknown, completing extraordinarily mundane tasks, slaying any jerks along the way, gaining experience points to level up and having nerd conversations with the only friends you have, online. For some, however, this concept is not so simple, like the Dalai Lama who seems to have gotten it backwards. 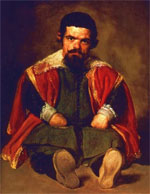 The Dalai Lama’s first character who punched a fellow WoWer

A couple of weeks ago, the Dalai Lama changed the face of Azeroth, the world in World of Warcraft. Armed with a walking stick, boots of the shining and rags of a commoner, the Dalai Lama’s World of Warcraft character, a level 1 paladin, walked up to a band of computer-controlled orcs. In an effort to show solidarity with the other race, the character immediately unequipped his stick and typed, “Hello,” into the World of Warcraft server, hoping the orcs would respond with their own respective “Hello” grunt. Little did the Dalai Lama realize these computer-controlled orcs have no way of reciprocating and were pre-programmed to attack any non-orc race, even if that race believed in world peace.

The entire incident was witnessed by a group of newbie rogues who were watching from behind the bushes as they did not want to interfere because they were newbies.

It is rumored that none of the Dalai Lama’s characters have made it passed level 1. Back in August, he created a Dwarven priest class, but he soon dumped it in shame after accidentally punching a rival player. Then in September, he created an Elven warlock class, which he soon realized had the word ‘war’ in it so he deleted the character. The paladin is his longest lasting character; he created it in early October, but still has not managed to gain any experience points.

His paladin’s death has inspired a great following. After the Dalai’s character re-spawned, characters from across the world began to follow him on his journey to make peace in Azeroth. “We protect him,” said a real AzN gamer. “If the Dalai Lama gets into trouble we use the glyph of warding spell to block off all attacks on him. Then we just kill them all. He doesn’t agree with it but he’s too passive to stop us. We love him and we’ll keep fighting for him.”

The makers of the game, Blizzard, have questioned the Dalai Lama’s motives. “The Lama is going against all that we’ve built for the last several years!” said lead designer of the game, Tom Chilton. “The addiction of killing your inferiors and leveling up is what keeps gamers coming back, but this Ghandi idiot comes along and ruins it! We are looking into legal ways to cancel his account for breaking the unspoken rules of WoW!”

When asked how he feels about being slighted by Blizzard, the Dalai Lama ignored the question and said, “I can’t wait for the expansion pack! They are adding a new monk class!”

via The Spoof : The Dalai Lama’s World of Warcraft Account May Be Cancelled funny satire story.

via The Spoof : The Dalai Lama’s World of Warcraft Account May Be Cancelled funny satire story. 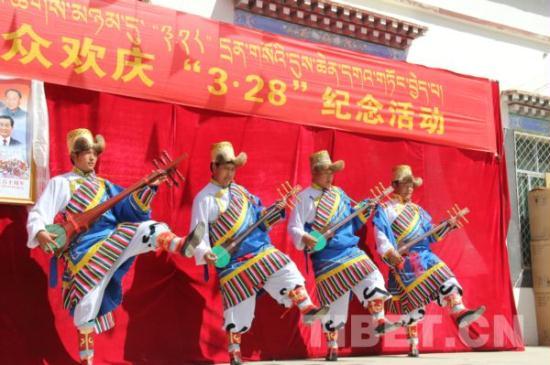 The Serfs Emancipation Day takes place on March 28 every year. On March 28, 1959, the central government announced it would dissolve the aristocratic local government of Tibet and replace it with a preparatory committee for establishing the Tibet Autonomous Region.

That meant the end of serfdom and the abolition of the hierarchic social system characterized by theocracy, with the Dalai Lama as the core of the leadership. About 1 million serfs and slaves, accounting for 90 percent of Tibetan population in the1950s, were thus emancipated.

“I was born to a serf’s family and was made a monk in the Sera monastery when I was young,” he said adding he would never forget this tragedy. He was at the lowest strata in the monastery; doing all kinds of chores throughout the year and did not get enough food.

“due to starvation many people like me went out to beg for food; but if we were discovered by the monks at upper levels, we would be clubbed or cowhided.

A further report-
Slaves wailed and begged from passers by, some had their legs chopped of by their landlords, some had their eyes gouged out and some were without hands, the landlords lived in Luxury.

“In their houses hung whips, knives, and shackles he added”.

March 28, is an annual holiday in the Tibet Autonomous Region, which celebrates the emancipation of serfs in Tibet. The holiday was adopted by the Tibetan legislature on January 19, 2009, and was promulgated that same year. In modern Tibetan history, March 28, 1959, was the day that the Tibetan government was declared illegal by the People’s Republic of China,[1] which according to official Chinese history, liberated Tibetans from feudalism and theocracy. The head of that former government, the 14th Dalai Lama, calls the holiday a diversion from current problems in Tibet.