Minister of State for Health Alex White to Introduce Proposals Next Year to Legalise Cannabis Based Medicine.

Mr Flanagan said, “This should not be taking as long as it is. The Government should hurry up on this as there are people going through hell out there being not able to get the proper pain relief.” 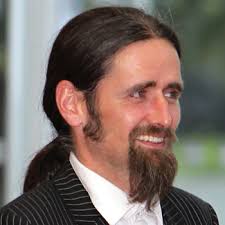 Independent TD Luke “Ming” Flanagan, has campaigned for many years for medicinal cannabis to be available on prescription for cancer and multiple sclerosis sufferers, and others suffering from ill-health,

DUBLIN South TD Alex White is to replace Roisin Shortall as the new junior minister in the Department of Health, with specific responsibility for primary care.

Mr White is a first time TD, although he served one term as a senator before getting elected to the Dail for Dublin South last year.

Tanaiste Eamon Gilmore announced his pick this afternoon, and said Mr White’s appointment will be formally ratified by Cabinet next Tuesday.

The appointment will also boost Mr White’s chances of survival in the ‘group of death’ Dublin South constituency, which drops from a five seater to a three seater at the next general election.

Others who were thought to be in the running included Labour whip Emmet Stagg, Meath East TD Dominic Hannigan and Louth TD Ged Nash.

Mr White is a senior counsel specialising in employment and Labour law, and worked as an RTE radio producer for ten years before qualifying as a barrister in 1994. His time with RTE included a four year stint on the ‘Gay Byrne Show’.