A farmer who single-handedly slaughtered almost 4,000 pigs in a frenzied attack after a banned food additive was discovered on his farm was ordered to pay over €71,000 in fines and legal costs. Pig farmer Thomas Galvin from Ballinamuck, Dungarvan, Co Waterford denied 29 charges brought against him. Galvin was found guilty of a string of offences including the movement of pigs onto and off restricted lands following the discovery of a highly toxic additive, Carbadox, in April 2002.

AFAR considers the violations committed against sentient and gentle animals who were bludgeoned by both sledgehammer and the use of a bolt gun by GALVIN [which was then videoed at the time ] to be the most vile of crimes. His suspended sentence then did not fit the crime he committed.

• In 2002-The court also heard how pigs taken from the restricted area eventually made it onto supermarket shelves. On 4/11/06 at Clonmel District Court Galvin was also found guilty of obstructing and impeding an SIU officer. The judge convicted Galvin on 19 charges. He imposed fines totalling €15,200 and a five-month suspended prison sentence. Galvin was also ordered to pay over €56,000 in costs. 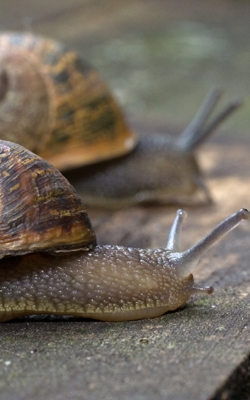 UK RESIDENTS are to be reclassified as snails, in a bid to avoid the jurisdiction of the European Court of Human Rights.

The removal of British people from the species Homo sapiens is part of a government plan to extricate the country from certain aspects of the European Union.

Home Secretary Theresa May said: “Species is a pretty subjective thing, and to be honest ‘slow-moving with a slimy sheen’ seems to describe most of the people one sees in the supermarket.

“If UK citizens are ostensibly gastropods, the Court of Human Rights can’t have a say.  And if they put together a Court of Snail Rights we’ll just make everyone a sparrow.”

Iain Duncan Smith supports the policy: “There will be immense savings in the welfare system.  As everyone knows, snails carry little houses around on their backs, so are ineligible for Housing Benefit.”

He continued: “It’s also very difficult to tell if a snail is disabled, so almost no one will qualify for disability related benefits, much as with the current system.”

Wayne Hayes, a hairdresser from Lowestoft, said: “I worry this means I will no longer be able to enjoy salty snacks, such as peanuts, without shrivelling up and dying.

“However I understand that most snails are hermaphrodites and I do like the idea of being able to copulate with myself.”

via Britons reclassified as snails.

via Britons reclassified as snails.

When you think of a farm, the first thing that most likely comes to mind is a red barn with chickens and turkeys roaming around the barn in search for insects to eat, some pigs taking mud baths, and cattle grazing freely. Today farmers have greatly distanced themselves from the traditional farming practices. When you hear of a farm, think again, they are “animal concentration camps” (Jim Hightower) not farms. Within these animal concentration camps cattle, chicken, turkeys, and pigs are some of species that are born solely to suffer through brutal abuses and later become our food, “parts of their tails, toes, genitals, ears and beaks are cut off without painkillers” (Gene Baur).

Thumping is a practice that is widely used in the U.S. to slam sick animals onto the concrete such as chicken, turkeys, and piglets until they are dead. Farmers claim is that, “this practice is the most humane way to euthanizing unusable pigs” (Ari Solomon). If thumping is so humane according to the farmers, then how come dogs and cats are not slammed onto concrete instead of putting them to sleep? The answer is that our “society cuddles and coddles certain animals while relegating others to the monstrosities of slaughterhouses”(Ari Solomon).

There is an obvious discrimination of species, just because one specie is much more cuddly than another doesn’t mean that they have to go through a brutal death. Most Americans love their meat, eggs, and milk; there is already a strong embedded culture of meat, egg, milk consumption in the U.S I think its to extreme to say “lets shy away from these products” because realistically we cannot make millions of Americans give up their meat diet. I believe the middle ground to this dilemma is with the technology today; the animals at the animal concentration camps should have a quick, effective, painless, ethical, death rather than making our food undergo severe stress 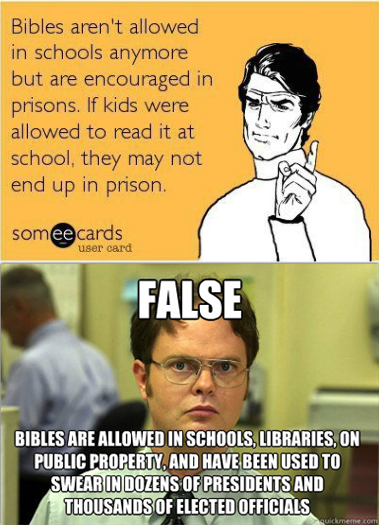 Man is a Religious Animal. He is the only Religious Animal. He is the only animal that has the True Religion–several of them. He is the only animal that loves his neighbor as himself and cuts his throat if his theology isn’t straight. He has made a graveyard of the globe in trying his honest best to smooth his brother’s path to happiness and heaven….The higher animals have no religion. And we are told that they are going to be left out in the Hereafter. I wonder why? It seems questionable taste.
– “The Lowest Animal” Mark Twain