Thousands of homes targeted for seizure by banks

BANKS have initiated legal action to repossess thousands of houses and apartments, it has emerged.

This is despite a loophole in the law blocking repossessions.

A new report estimates that lenders have issued legal proceedings to take properties off up to 44,000 borrowers.

These are made up of residential and buy-to-let properties, according to calculations contained in a new report by Davy Stockbrokers.

An analysis estimates that what it calls non-cooperative borrowers number between 23,700 and 43,700.

Letters threatening legal action have been sent to these borrowers.

And there are fears that large numbers of properties, particularly buy-to-lets, will be repossessed.

Legal action to repossess properties has been taken by both AIB and Bank of Ireland in around one in five of arrears cases, according to the report by Davy‘s Conail Mac Coille.

Ulster Bank said that up to a third of its property owners in arrears were making no payments at all. The bank said it would not hesitate to repossess in these cases.

Strong demand for family-type homes and the presence in the market of large numbers of cash buyers mean that a flood of newly repossessed properties can be absorbed.

A number of banks were also likely to keep repossessed properties on their books, take the rental income and slowly release them on the market, Mr Mac Coille wrote. Changes in the law to restore the right of lenders to repossess properties have been passed by the Houses of the Oireachtas and are expected to become law soon.

Davy reckons that arrears will keep rising this year, with large numbers of homeowners struggling to repay largely due to income decreases rather than job losses.

Two-thirds of those in arrears are in a job, according to comments by Central Bank governor Patrick Honohan.

For large numbers of borrowers in trouble the mortgage repayments are so high they represent more than half of their income, Davy reported, citing unpublished Central Bank studies.

A separate MABS (Money Advice and Budgeting Service) report found that distressed borrowers had just €777 a month left, after paying for utilities, food and childcare. But the mortgage was around €500 a month.

Banks will have to write down up to €11.5bn of mortgage debt. Most of this will be in the form of split mortgages where part of the mortgage owed is put to one side, and in most cases will probably have to be written off at the end of the mortgage term.

But one-third of borrowers are in such a bad financial position that a debt writedown will not work. These are mainly buy-to-let investors.

Half of investor mortgages are paying interest only. Despite this, almost 30,000 out of 150,000 buy-to-let mortgages are in arrears.

via Thousands of homes targeted for seizure by banks – Independent.ie.

Tony Rochford hasn’t taken food for 11 days – but insists he will not end his strike unless the property tax is repealed.

A MAN who today enters the twelfth day of his hunger strike against the property tax has admitted he does not expect to survive for much longer.

Tony Rochford, who turns 45 next week, has been on hunger strike in opposition to the new tax since last Monday.

Rochford has lost nine kilograms (about 19 pounds) since his strike began – surviving only on water and black coffee – and is continuing to lose weight as he refuses to end his protest.

Rochford borrowed €430,000 to pay for his home in Trim, Co Meath, in October 2008. However, within three months his work – installing marble worktops and features in houses – had dried up.

He has had a negligible income since then, as he is not entitled to State support because he was self-employed, but had managed to keep his mortgage out of arrears until this week.

He claims, however, that his mortgage lender refuses to enter into any negotiations with him, because he and his wife had already been given a moratorium on their repayments – which has since concluded – and because he has not entered into significant arrears.

“They were very good with the mortgage, but not willing to do any deals until you get into distress… the whole thing is bloody crazy,” Rochford told TheJournal.ie last night.

The great thing about this house for the bank is, if they repossess this in the morning, they’ll only lose €50,000.

“I’d love to trade down – gimme a bit of land and I’d build a house myself – but the banks are giving me no options,” he said.

“If I do try and trade down I’m still lumbered with the excess… [because we] kept playing the bloody mortgage for fools. We followed what we were told by the government – do the right thing.”

Other protests were fruitless because while there was broad public opposition to the tax, there were too many fragmented groups against it.

Though Rochford has recently been able to start finding work again, his refusal to pay the property tax means that from next Monday he will be unable to receive a tax clearance certificate – meaning he will be without any income of any kind.

I can’t work to provide for my wife, and I won’t be entitled to any welfare payments anyway.

The government is effectively sentencing me to death.

He added: “I’m not going to keep feeding money into the Irish Exchequer – when I was in trouble here and had no work or no money, they did nothing for us.”

Asked if there was any prospect of becoming so ill that he would give up his wife, he said: “I’m afraid not. No, there’s not. I’m just that type of stubborn person.”

Rochford is to mount a protest against the property tax outside the Four Courts on Monday morning – the day upon which the tax will formally be charged, and when he will lose his tax compliance – and says only the repeal of the tax will encourage him to end his strike. 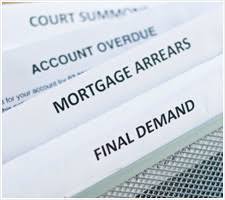