Government knew about Quinn and Anglo

According to documents released to the Quinn family, the government had knowledge of Sean Quinn’s disastrous financial relationship with the former Anglo Irish Bank.

The Sunday Business Post published a front page article on the story on May 5. Business editor Ian Kehoe says the Quinn family have obtained a report written by the law firm Arthur Cox, which warned the government in early 2009 that the bank had advanced hundreds of millions of euro to Sean Quinn to cover his massive exposure on the bank’s share price.

The report was prepared for the Department of Finance and was released to the Quinn family as part of the discovery process in their €2.4 billion claim against the bank.

A separate report by the bank in the same year, and also obtained by the family, reveals how the bank admitted that it disguised loans to cover share losses as “working capital”.

In other news, a movie on Sean Quinn’s journey from billionaire to bankruptcy is said to be progressing.

It has been confirmed the film has gone into the early stages of production, and Monaghan’s comedian Oliver Callan will act as script consultant for the movie.

via Government knew about Quinn and Anglo – Local – Leitrim Observer.

via Government knew about Quinn and Anglo – Local – Leitrim Observer.

Ten things to know about the Denis O’Brien/Siteserv transaction

Siteserv, what’s that? It’s an Irish company some of you mightn’t have heard about but which employs 900 people in Ireland who provide a wide range of services to public and private companies. Like installing Sky boxes for Sky or providing installation and maintenance services to the ESB – take a look at its services here. It’s a fairly profitable company – the latest accounts are here – but it has a mountain of debt built up during the Celtic Tiger era in acquiring other companies.

Why is Siteserv in the news? It has gotten into financial difficulty and is being sold. The latest is that 99% of Siteserv’s shareholders have just agreed to sell the company for €45m.

And what’s interesting about that? The buyer is a company called Millington, based in the Isle of Man, which numbers Denis O’Brien and Leslie Buckley amongst its owners. But there appears to be at least two competing offers for Siteserv for more than €45m – one for €52m from Anchorage and one for €60m from Altrad. We were also interested to find out that Dublin solicitors Arthur Cox were reported to have acted for both Siteserv and Denis O’Brien, though the company says it has procedures in place to deal with potential conflicts of interest.

But what is particularly interesting is that IBRC had given Siteserv a loan for €150m, but is set to get back less than €50m as part of the sale, and will write off the remaining €100m. And at the same time, the shareholders in Siteserv are set to pocket €5m. That turns the usual rules on debt on their head, normally the shareholders are wiped out first and secured lenders – which is what IBRC is understood to be in this case – tend to be top of the pile when it comes to prioritising repayment of debt. Remember Anglo in 2009 and the shareholders losing everything, but Anglo’s secured creditors, including senior bondholders, were repaid everything.

What has this to do with me? Well, you own IBRC, which is the company that merged Anglo and Irish Nationwide together. So YOU are writing off €100m – more than the €80m that has been collected from the controversial Household Charge – and at the same time shareholders are keeping millions.

But surely IBRC protects my interest. You’d think. After all, with annual rewards totalling €866,000 – about twice what the NAMA CEO gets – Mike Aynsley, the Australian CEO of Anglo must be a complete genius. And if anyone can protect our interests, he can. After all, that’s what he’s being paid so handsomely to do. Sadly to date, IBRC hasn’t defended its agreement with the €45m sale price, nor has it explained why shareholders walk away with millions while the taxpayer suffers a €100m loss. And before you conclude that this is a modern day version of Robber Barons stealing a company from under us, there has been a sale process ongoing for six months which has been overseen by KPMG and Arthur Cox, so we should expect some standard of probity.

Why doesn’t IBRC just appoint receivers to Siteserv? Indeed, a good question. Remember it was just a year ago that IBRC, or Anglo as it was known then, orchestrated the receivership of Sean Quinn’s companies. So it’s not as if IBRC hasn’t a track record of appointing receivers to insolvent companies. There are suggestions that Siteserv would lose several contracts if it were placed in receivership but these have not been publicly addressed.

And Denis O Brien, he’s the wealthy businessman that’s as crooked as a dog’s hind leg? Although the Moriarty Tribunal report last year had unkind things to say about Denis O’Brien and politician, Michael Lowry, both rejected the Tribunal’s findings which don’t have the force of legal judgments, and since then, neither the Gardai nor Director of Public Prosecutions seem to have picked up the baton offered by the Tribunal report to initiate criminal investigations. So, innocent he stands. Beyond that, he’s Ireland’s richest man having had a great start with the controversial Esat deal which the Moriarty Tribunal investigated, but he has gone on to make billions in mobile telecoms in the Carribbean and Pacific. And on the positive side, he made a huge contribution to the recovery of Haiti after the calamitous earthquake and he is regularly honoured for his philanthropy. And he’s a pal of president Bill Clinton, one of Ireland’s greatest friends but a man with his own past – thinking more of his presidential pardons than the Lewinsky affair. Welcome to the 21st century where we need get used to dealing with two-dimensional characters, though in the case of Denis O’Brien, he rejects the suggestion of an untoward second dimension as set out in black-and-white in the Moriarty report.

And is there any chance that Denis might buy the company for €45m – which will involve us taking a €100m writedown on what we are owed by Siteserv – and then a couple of months later, sell the company for €52m or €60m? There’s certainly a chance!

via Ten things to know about the Denis O’Brien/Siteserv transaction « NAMA Wine Lake. 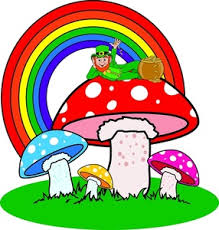 Family members of bankrupt businessman Sean Quinn have claimed a receiver appointed over their personal assets by the former Anglo Irish Bank is not independent but biased towards the bank on grounds, including that several of his staff worked at a senior level for the bank before and since its nationalisation.

They are also objecting to requests by receiver Declan Taite of accountancy firm RSMFGS to disclose wide-ranging information about their assets and financial and tax affairs, including their personal email accounts and passowrds and phones or any devices on which information about assets may be stored.

Thhe receiver is engaged in “an excessively voyeuristic intrusion into our personal lives” affecting information such as medical records, family photos, communicaitons with the media and personal communications, they claim.

They were very concerned Mr Taite would pass on such information to the bank which could assist it in defending the family’s forthcoming action aimed at avoiding liability for loans of €2.34 billion, they added.

The family also want the court to discharge Mr Taite’s solicitors, Arthur Cox, alleging that firm is “heavily conflicted” on grounds including its involvement in the restructuring of Quinn companies.

Other concerns included that Cox is acting for the bank in its action against former Anglo head of lending Thomas Browne which would address issues concerning the building up of contract-for-difference positions by Sean Quinn in Anglo, they said.

“Multiple partners” in Arthur Cox had undertaken very significant work for Anglo and it was clear the firm was receiving very substantial work from Anglo and/or its shareholder, the Department of Finance, they said.

The family complained of “overlapping” of senior staff between RSMFGS, Anglo and IBRC. Ian Duffy, former managing partner of RSMFGS,is a former director of Anglo; Anthony Carroll, manager of RSMFGS’ insolvency division since November 2012, was employed as an Anglo assistant manager for five years and David Crotty, assistant manager RSMFGS since January 2011, was previously employed for five years by Anglo/Irish Nationwide Building Society, he said.

Paul Brady, a solicitor with RSMFGS since September 2011, was previously employed by Anglo as a solicitor for two years.

The family said they were unaware of all these matters when they consented to the appointment of Mr Taite three months ago and denied their applciaiton is a bid to derail the receiver’s work.