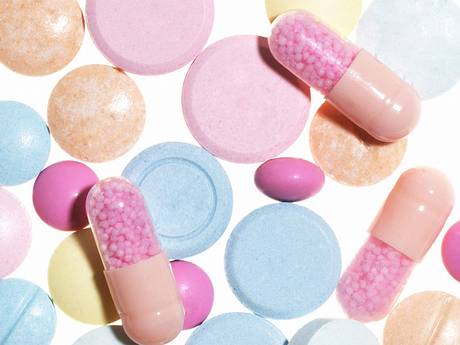 The global pharmaceutical industry has racked up fines of more than $11bn in the past three years for criminal wrongdoing, including withholding safety data and promoting drugs for use beyond their licensed conditions.

In all, 26 companies, including eight of the 10 top players in the global industry, have been found to be acting dishonestly. The scale of the wrongdoing, revealed for the first time, has undermined public and professional trust in the industry and is holding back clinical progress, according to two papers published in today’s New England Journal of Medicine. Leading lawyers have warned that the multibillion-dollar fines are not enough to change the industry’s behaviour.

The 26 firms are under “corporate integrity agreements”, which are imposed in the US when healthcare wrongdoing is detected, and place the companies on notice for good behaviour for up to five years.

The largest fine of $3bn, imposed on the UK-based company GlaxoSmith-Kline in July after it admitted three counts of criminal behaviour in the US courts, was the largest ever. But GSK is not alone – nine other companies have had fines imposed, ranging from $420m on Novartis to $2.3bn on Pfizer since 2009, totalling over $11bn.

Kevin Outterson, a lawyer at Boston University, says that despite the eye watering size of the fines they amount to a small proportion of the companies’ total revenues and may be regarded as a “cost of doing business”. The $3bn fine on GSK represents 10.8 per cent of its revenue while the $1.5bn fine imposed on Abbott Laboratories, for promoting a drug (Depakote) with inadequate evidence of its effectiveness, amounted to 12 per cent.

Mr Outterson said: “Companies might well view such fines as a quite small percentage of their global revenue. If so, little has been done to change the system. The government merely recoups a portion of the financial fruit of firms’ past misdeeds.”

He argues that penalties should be imposed on executives rather than the company as whole. He cites a Boston whistleblower attorney, Robert Thomas who observed that GSK had committed a $1bn crime and “no individual has been held responsible”.

Following GSK’s admission that it had withheld safety data about its best-selling diabetes drug Avandia, the company pledged to make more clinical trial information available. But the pledge has “disturbing exceptions”, according to Mr Outterson, and in any case is made under the corporate integrity agreement, which expires in five years.

Trust in the industry among doctors has fallen so low that they dismiss clinical trials funded by it, even when the trials have been conducted with scientific rigour, according to a second paper in the journal by researchers at Brigham and Women’s Hospital, Boston. This could have serious implications because most medical research is funded by the drug industry and “if physicians are reluctant to trust all such research, it could hinder the translation of … research into practice,” said Aaron Kesselheim, who led the study.

Andrew Witty, the chief executive of GSK, said at the time of the $3bn settlement last July that it had resolved “difficult, long-standing matters” for the company and that there had since been a “fundamental change in procedures” including the removal of staff engaged in misconduct and changes to incentive payments.

The Association of the British Pharmaceutical Industry said practices in the industry had improved and more changes to “build greater levels of trust” would be made. The UK Medicines and Healthcare Products Regulatory Agency said it monitored the conduct of companies and took “appropriate action” when it uncovered malpractice.

Governments, universities and charities should step in to ensure funding is maintained for research into Alzheimer’s disease, following a series of failed drug trials, experts said yesterday.

They were responding to a report in The Independent that the world’s leading drug companies are giving up on the search for a cure, scaling back their neuroscience departments and focusing on symptomatic, rather than disease-modifying, treatments.

A spokesman for the Alzheimer’s Society said: “This is not the time to back away from dementia research. Despite costing the economy more than cancer and heart disease, funding for research into dementia is only a fraction of these conditions. More funding is urgently needed if we are to defeat it.”