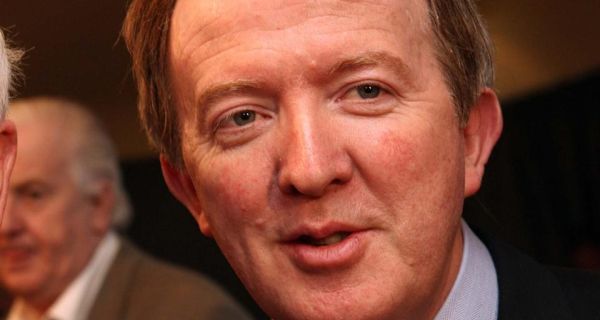 Last April, Minister of State for Small Business John Perry wrote to the chief executives of Bank of Ireland and AIB asking them to meet a Government advisory group and set out their positions on funding small and medium-sized enterprises, and how they dealt with SMEs with distressed loans.

“It is imperative that we listen to the voice of small business,” said Perry. Indeed when Taoiseach Enda Kenny appointed him to the ministerial ranks it was because of Perry’s “understanding of small business”.

The extent of Perry’s understanding of distressed loans in the SME sector became clearer yesterday when the Sligo politician and his wife, Marie, consented in the Commercial Court to a judgment of €2.47 million against them in favour of Danske Bank

The debt related to a €2.42 million loan advanced to the couple in October 2011, which itself was a restructuring of existing loans. To use the phrase made infamous by the Anglo Irish recordings, Perry as the relevant Minister had skin in the game.

Security
The court proceedings disclosed that security and collateral on the loan included the Stone Park Restaurant, Perry’s Hardware shop in the politician’s home town ofBallymote, Co Sligo, as well as 50 acres of agricultural land.

The Fine Gael politician did not make himself available for comment yesterday and a spokeswoman said: “The matter remains before the court and he will not be making any comment until [proceedings are concluded].”

Registration of the judgment is scheduled for September 2nd. The Perrys had sought a three-month stay on the registration to allow them seek a resolution but counsel for Danske Bank objected on the grounds that they had had ample time to do so.

The judgment will create major political problems for Perry and might even cast a strong doubt on his future status as a TD. Officially the Government will make no comment about the case but privately officials have said it is a private matter for the Minister of State that does not impinge on his public duties in Government.

He will be the second Minister in the past year to have his financial affairs exposed to scrutiny, following the inclusion of Minister for Health James Reilly’s name in Stubbs’ Gazette. Politically, however, the judgment will have more ramifications for Perry.

He is, after all, the Minister for Small Business. And in his position, can he credibly call – as he did last April – for the chief executives of the country’s biggest banks to explain their position on distressed loans to an advisory group of which he is a member when he himself is in that category? The Dáil is in recess but will be returning within a fortnight of the judgment being registered.

FG Minister is sued over €1.3m debt by Danske…Is it time for Perry to resign ?

John Perry, the Fine Gael Minister for Small Business, is being taken to court by Danske Bank which is seeking repayment of close to €1.3m in loans racked up during the property boom.

The Sligo TD owns a number of businesses and properties in and around his Ballymote power base. The latest register of Oireachtas members’ interests lists his assets as including a supermarket, apartment, funeral home, 70 acres of land in various locations and offices in Ballymote and Sligo town.

Is Perry the worst Minister of State Ever?

If he has any sense  of decency  John Perry a Minister who has blatantly lied to his constituents and is being taken to court for nonpayment of debts  should immediately resign his seat. However it is unliky that this arragant ywat will do so.

John Perry TD for Sligo-North Leitrim and Minister of State for Small Business must be the worst appointment ever to a junior minister’s job.

Generally, this man only opens his mouth to change the foot he has wedged in there. When the two feet are not at home, he comes out with gems that do not inspire confidence… “There must be assistance for small businesses that are creating unemployment throughout the country”(Dáil speech).

Rest assured this man will do nothing concrete to stimulate the retail sector where approx 40,000 jobs have been lost in the past five years. Regretfully due to Government policies, many more localized jobs are uncertain due to the inactivity of this no-getter. Even so, then again, what can you expect from a man who cannot even get around to fixing the local potholes?

John the Promise in another open-mouthed gesture guaranteed the restoration of Breast cancer services to Sligo General hospital within 100 days of Government. During a live interview with Ocean FM concerning the return of cancer services to the North West of Ireland. Perry hung up the phone when questioned on his failure to deliver on his promise. He claimed that the presenter had an agenda against him. What a cringing cop out, what paucity of thought. Perhaps a taste of things to come – A true-blue arrogant fascist to the end.

I have just done this man a slight disservice for I understand he is a high flier when it comes to claiming the few bob.

For expenses in his first twelve months, this man topped the bill. Among his colleagues, he is known as the King of uncertified reimbursement.

In conclusion, what can one say about Perry? Maybe he is a bit like the invisible man. Could you pick him out from a line-up of expense villains? That folk is the story of Perry the obscure, invisible before the election and unseen after it just waiting for his Bisto pension.