Barbara Walters to Trump: ‘Donald, you’re making a fool of yourself … Stop it’ 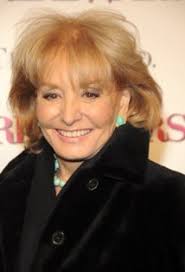 Barbara Walters had a message for Donald Trump on “The View” Thursday, a day after the real estate mogul made his widely-mocked offer to donate $5 million to charity if President Obama agreed to release his college and passport applications.

“You and I have known each other for many years,” Walters said in a message to Trump. “And you know that I am your friend, and I think you are a brilliant businessman, and you are great on television, and you have a fascinating personality. Donald, you’re making a fool of yourself. You’re not hurting Obama. You’re hurting Donald, and that hurts me because you’re a decent man. Stop it. Get off it, Donald.”

Trump was apparently watching, and fired off a series of Twitter messages to Walters in response.

“Barbara, unfortunately you’ve missed the entire point of my announcement,” Trump wrote. “You just don’t get it!”

“[Walters] will apologize to me just like she did when I was right about @Rosie,” Trump continued. “Besides, I get great ratings on The View.”

He added: “Why did you choose me as one of the 10 Most Fascinating People of the Year last season (and more than once?)”

There is at least one television personality supporting Trump: Ann Coulter, herself the target of some public scorn after she referred to President Obama as “the retard” during Monday’s presidential debate.

Meanwhile, a reporter for the Guardian newspaper called Trump’s offices asking to see the “Celebrity Apprentice” star’s own college and passport application records, but was rebuffed.

“I think what you’re doing is you’re, whether you’re trying to be funny, intentionally or not, actually it’s a stupid request on your behalf,” Michael Cohen, Trump Organization executive vice president and special counsel to Trump, told the Guardian reporter. “It’s trying to poke fun at the fact that the president of the United States is the least transparent president that we’ve ever had. He may be the least transparent politician we’ve ever come across.”

via Barbara Walters to Trump: ‘Donald, you’re making a fool of yourself … Stop it’ | The Lookout – Yahoo! News.

via Barbara Walters to Trump: ‘Donald, you’re making a fool of yourself … Stop it’ | The Lookout – Yahoo! News.