Corruption at Hedge Funds Even More Rampant Than You Think, Study Shows 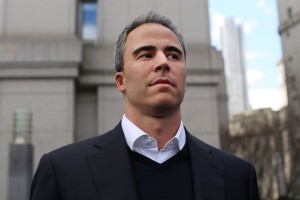 Are Hedge funds managers responsible for the current financial woes and should they be punished. Up to to you to make up your own mind

If a new report about hedge fund corruption is to be believed, the industry is overrun with unethical and illegal activity. Some 46% of people at hedge funds believe their competitors break the law or act unethically and 30% say they’ve seen wrongdoing themselves.  Less than a week after F.B.I. agents handcuffed SAC Capital portfolio manager Michael Steinberg and escorted him from his Park Avenue apartment, the  report, released yesterday, says that more than a third of hedge fund professionals believe they have to break the rules to get ahead.

The report was released by New York law firm Labaton Sucharow, which specializes in representing plaintiffs in securities class action cases and whistleblower actions, together with HedgeWorld, a news and research service, and the Hedge Fund Association, a trade group. They commissioned an anonymous online survey  of 127 hedge fund professionals conducted between Feb. 25 and March 17.

According to Jordan Thomas, chair of the whistleblower practice at Labaton Sucharow, the survey was an attempt to gauge the extent of wrongdoing inside of hedge funds and the likelihood that hedge fund professionals would report illegal activity to the authorities.

A portion of the Dodd-Frank financial reform law, which passed in 2010, was intended to make it easier for people in the securities industry to report wrongdoing. Whistleblowers can remain anonymous, their jobs are protected by law and they are entitled to 10%-30% of the monetary sanctions the SEC gets in such cases.

Despite those protections the survey found that 29% of respondents still think they could experience retaliation if they report wrongdoing at their fund.

In addition, 28% said that if leaders of their firm learned that a top performer had engaged in insider trading, the leaders would be unlikely to report the misconduct. Thirteen percent said they believe firm leaders who find out about wrongdoing  would just ignore the problem. Another 13% said that people who work at hedge funds may need to do unethical or illegal things to be successful and the same number admitted they would commit a crime–insider trading–if they could make a guaranteed $10 million and get away with it.

More than half of the respondents, 54%, said they though the SEC was ineffective in detecting, investigating and prosecuting securities violations.

Thomas, who worked as the assistant chief litigation counsel in the SEC’s enforcement division until July 2011, says there is a silver lining to the new survey. It asked whether respondents would report wrongdoing if they were protected by the provisions of the Dodd-Frank whistleblower law. Eighty-seven percent said they would. Eighty-three percent said they were already aware of the program. But seriously? They say corruption is rampant, and the vast majority would report it—when few actually do.

“The 87% represents hope,” says Thomas. “It is likely that the law will lead to more reporting in the industry.”

Still, there is obviously a disconnect between that hope and the reality that nearly a third of respondents say they believe that they would be retaliated against if they reported wrongdoing at their firm. It also could be that the protections and potential monetary awards just aren’t  enough to motivate people to come forward. Or cheating in the hedge fund industry simply remains, far too much, business as usual.

via Corruption at Hedge Funds Even More Rampant Than You Think, Study Shows – Forbes.

via Corruption at Hedge Funds Even More Rampant Than You Think, Study Shows – Forbes.