A University of Georgia team tinkered with the genes of Pyrococcus furiosus, and the new breed is hungry for the smoggy stuff. 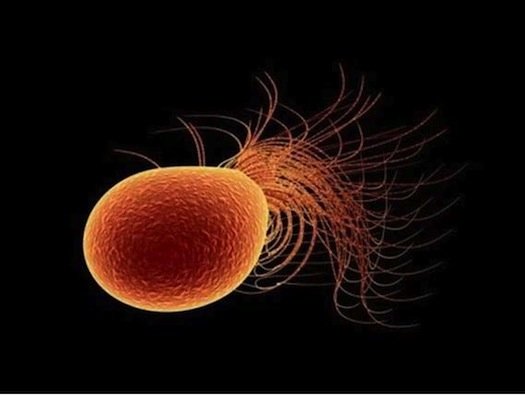 To find a way of fending off global warming, scientists sometimes look to nature. Plants, after all, use photosynthesis to snap up carbon dioxide, the biggest source of our climate change woes. So we get inventions like artificial leaves and ambitious projects like a plan to give fish photosynthesizing powers. One of the more interesting plans: genetically alter microorganisms so they can chow down on some CO2, too.

University of Georgia researchers recently used the mighty Pyrococcus furiosus, which usually eats carbohydrates and lives in super-heated waters or volcanic marine mud (ideally, for it, at about 100 degrees Celsius). By toying with the genome-sequenced microorganism’s genetic material, they were able to make it comfortable in much cooler waters, and to eat carbon dioxide. After that, using hydrogen gas to form a chemical reaction in the microorganism, the researchers got the microorganism to produce 3-hydroxypropionic acid, a common chemical used in household products. That’s been done before, but the researchers are looking into turning the process into one that could eventually produce fuel.

If it is able to produce fuel, that wouldn’t make it the first bacteria-like organism to do so. Others have been able to make that happen in a lab. But for anyone working on it, the next move after proving it works is scaling up. Then, ideally, we’ll start getting water bottles that can power our homes. 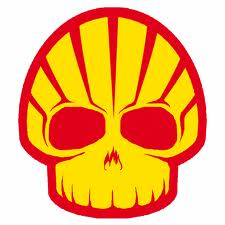 Shell is a name already infamous with many campaigners. Be they concerned with climate change, human rights abuses or health and safety, the Royal Dutch Shell group has a sullied reputation and not only among environmentalists: In September 1993 the TGWU (transport and general workers union) launched a nationwide boycott of Shell petrol stations due to union derecognition at their Shell haven refinery in Essex.

Shell now paints itself as a caring company wishing to dissociate itself from past ‘mistakes’ in Nigeria and ‘accidents’ in the North Sea.

Some of the examples here are historical, but they give an insight into Shell’s culture and despite liberal greenwash, things haven’t really changed so there are more recent examples as well.

When it withdrew from the Global Climate Coalition in 1998 (see Influence/Lobbying section) Shell wished to be seen as one of the pioneer corporations, taking climate change seriously. Even before it withdrew from the GCC, Shell had been attempting to cultivate this image. In May 1997, the day after John Browne gave his speech at Stanford university stating that BP had reached a point where it must consider “the policy dimensions of climate change” (see BP profile), Heinz Rothermund, Managing director of Shell UK Exploration and Production, asked in a lecture he gave at Strathclyde University, “How far is it sensible to explore for and develop new hydrocarbon reserves, given that the atmosphere may not be able to cope with the greenhouse gases that will emanate from the utilisation of the hydrocarbon reserves discovered already? Undoubtedly it is a dilemma”.

Shell, however has not translated this concern into action, it has not ceased or scaled back its exploration and production activities. Quite the opposite, Shell has ambitious plans to increase extraction by 5 per-cent year on year. So far the company is on target: “Compared to the third quarter last year, total hydrocarbon production increased by 5 per-cent”. However, a question mark hangs over the potential for sustained growth at this rate: Phil Watts, delivering the group’s 2nd quarter results for 2001 said that plans to grow output by 5 per-cent between 2000 and 2005 now looked “Very challenging” amid the slowing world economy. Analysts predicted that Shell could scale back its growth target to 3 per-cent, but Mr. Watts refused to be drawn on a figure for longer- term production growth.

Scaling back production does not suit a company like Shell whose worth, despite some investments in renewables, is measured in production volumes and proven reserves. In June 1990, the then chairman and Chief Executive Designate of Shell UK, Sir John Collins, suggested that we “see this great challenge [climate change] as a spur to ingenuity, the free market and sustainable economic development.” So Shell has opted for a techno-fix: In 2000, Shell, together with Siemens began developing a pilot gas-fired power station in Norway, which will capture its Carbon Dioxide (CO2) emissions and pump the gas underground. There are both technical and ethical questions over the use of this unproven technology in combating climate change[72]. Most bizarrely of all, CO2 injection will be used for what is known as ‘enhanced oil recovery’ gas will be injected to increase the pressure of declining fields. What is sold to the public as a solution to climate change will actually be used to extract more oil.

In accepting the reality of climate change, Shell announced in 1989 that the company was going to increase the height of its giant ‘Troll’ platform by 1 meter, to counter predicted rise in sea-level. The platform can be raised further if it becomes necessary over the proposed 70 year lifespan of the rig