Child benefit cut by €10 plus drug fees doubled – The Budget

FAMILIES are facing a €10 cut in child benefit and medical card holders will see a doubling of the charges they pay for prescription drugs in next week’s Budget.

Pensioners are also still in the firing line, with changes to the over-70s medical card and the home package of free TV licence, electricity and telephone allowances still on the table.

Although the pension is safe, the rest of the benefits for the elderly have yet to be decided upon by ministers.

The Cabinet met twice yesterday to work through the health and social-welfare aspects of the budget, with another special meeting tomorrow evening.

Among the swingeing measures to emerge from the discussions are:

* A cut to the time for which non-means-tested dole is paid from 12 months to nine months.

* A doubling of the 50 cent charge that medical card holders pay for medicines and other items that they get on prescription from pharmacies, up to a maximum of 10 items per month.

And further details have emerged about the property tax, which will come into effect next year, following yesterday’s revelations of the plan in the Irish Independent.

The Government has devised a way of protecting old people who live in large houses where they raised their children and who now can’t afford to pay the property tax from their meagre pensions.

Rather than forcing them to borrow or sell their home, elderly people will be able to apply via a means test for a deferral of the property-tax payment. However, there will be a cap on the number of years that can be deferred.

Similar to the Fair Deal nursing-home scheme, the accumulated bill would then be paid when the person sells their house or if they pass away, when their estate would pay it off.

Although local-authority housing will be exempt from the property tax, the occupants will have to make a larger contribution to take account of the charge going to local services.

Those in council estates who bought out their houses will have to pay the full property tax anyway, so the Government wants to see every home make a contribution.

There is no cap on the market value of the home, so millionaires living in mansions will pay the same percentage on the total value of their house.

A special meeting of the Cabinet yesterday saw the detail of the health and social-welfare budgets thrashed out.

Any changes to the medical-card system are not yet signed off. But the over-70s are being closely examined, especially the means-testing threshold of €72,000 for a married couple and €36,000 for a single person.

A move towards a GP-only card is being examined for those on healthy pensions. The pension will not be cut and the free travel scheme is not expected to be touched. But a cut to the package of free TV licence, electricity and phone is still alive.

There will be a change to the entitlement to the dole. When someone becomes unemployed, they go onto the non-means tested dole, unemployment benefit, of €188 a week.

After 12 months, they move to the means-tested payment of the same amount. However, if another member of their family is working, this can put them over the means-test limit.

This period will be cut back to nine months to encourage people to get back to work.

But Labour Party sources believe this will not have a major effect on its policy not to cut welfare benefits. Party figures claim it is not a direct cut to a core social welfare payment. 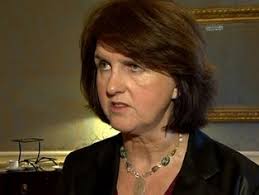 Budget 2013: Government denies child benefit to be slashed by €40 a month – The Budget, National News – Independent.ie

The  Government has denied any decision has been taken to slash child benefit by €40 a month.

Anti-poverty group Social Justice Ireland warned today that the advice to the Government to cut child benefit were unjust, unnecessary and unacceptable.

However, Children’s Minister Frances Fitzgerald dismissed speculation that the cuts were a done deal.

She insisted no decisions on child benefit had been made and that discussions in Cabinet were ongoing.

A special advisory group appointed by Social Protection Minister Joan Burton recommended the cuts, which could save the department €200m a year.

A department spokesman said the minister was currently considering a report from the group.

“The aim of establishing this group was to harness expert opinion and experience in order to address a number of specific issues and make cost-effective proposals for improving employment incentives and achieving better poverty outcomes, particularly child poverty outcomes,” he added.

Sean Healy, director of Social Justice, an independent non-Government organisation, said there were many alternatives to slashing the benefits, such as targeting the wealthy and investing in

via Budget 2013: Government denies child benefit to be slashed by €40 a month – The Budget, National News – Independent.ie.

via Budget 2013: Government denies child benefit to be slashed by €40 a month – The Budget, National News – Independent.ie.

Child benefit payments could be cut to around €100 per child each month according to a report compiled by an advisory group to the Social Protection Minister.

The proposal could save up to €200m a year

The report seen by RTÉ‘s The Week in Politics programme recommends what it calls a two-tier child benefit system.

It would see a cut to the universal payment with top up payments then made available to low income families.

The report says this proposal could save up to €200m a year.

Currently, child benefit is paid at €140 per child for the first two children, the third child receives €148, while €160 is paid for the fourth and subsequent children.

In last year’s budget, the Public Expenditure Minister Brendan Howlin said the rates would be standardised to €140 for all children over the next two years.

MIDDLE-INCOME families who have been hit hardest by austerity and stealth taxes cannot take another “hammering” in the Budget, senior Fine Gael Minister Leo Varadkar has said in what will be seen as a blunt warning to Labour that the ‘coping classes’ have had enough hardship.

The Transport Minister has warned that a property tax is just about the limit of extra taxation that ordinary working people can take in the December Budget and that raising extra revenue from middle-class voters — such as taxing child benefit — was not sustainable.

He also indicated strongly that the new property tax would have to include some measures which would stop the charge becoming essentially an urban tax.