Something to Think About- Washington DC.

“I once saw a snake having sex with a vulture, and I thought, It’s just business as usual in Washington DC. ”
― Jarod Kintz, The Days of Yay are Here! Wake Me Up When They’re Over.

Catriona Dowling, holding her son Cian, 6, and Cathy Davis celebrate after learning that DOMA has been struck-down.

An Irish woman has made history as the first lesbian to receive a green card since DOMA, the Defence of Marriage Act, was struck down.

In the wake of the Supreme Court decision, Cathy Davis, an emergency room nurse from Dublin,  has been issued with residency documents she is entitled to after her 2012 marriage to Catriona Dowling.

Dowling also from Dublin is a naturalized U.S. citizen. The couple met on a climbing trip in the Himalayas.

Davis is the first immigrant to become a permanent resident in the U.S. through marriage to her same-sex spouse according to the website americablog.com. The couple have three adopted children.

The blog says the couple joined The DOMA Project and filed a green card petition based on their marriage in June of 2012 to prevent their family from being torn apart and to demand equality under the law.

They hit a problem last year when an extension of Cathy’s work visa was denied.

The report says that after filing a green card petition and the application to adjust status to permanent residence, Cathy received an employment authorization card which allowed her to work and contribute financially to support her family.

The couple were scheduled for a green card interview with USCIS in Denver last January when they were told that their case could have been approved that day if they had been a man and a woman.

The interviewing officer however put the case on hold at the request of the couple’s attorney, DOMA Project co-founder, Lavi Soloway.

The first stand alone green-card petition was approved on June 28 for Julian Marsh and Traian Popov in Florida.

The blog outlines how the approval of a green card petition filed by a U.S. citizen is the first of a two-part process through which the spouse obtains status as a ‘lawful permanent resident’ and receives the actual green card.

Marsh and Popov will complete the second part and receive a green card later this year. Cathy and Catriona, who are raising a family together, are the first same-sex couple to have a marriage-based green card issued by USCIS. 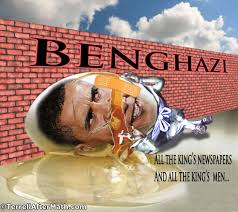