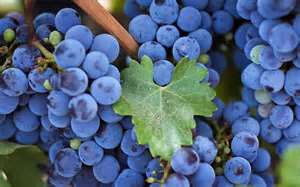 The benefits of grape seed extract in cancer are well documented, but modern medicine won’t do anything with it until the mechanism of action has been found, so that it can be isolated, purified, made poisonous and owned by a single company for enormous profits.

The more advanced cancer is, the less effective chemotherapy is. However, a new study has shown that grape seed extract has exactly the opposite quality: The more advanced the cancer, the less extract that’s needed to kill it. On top of that, the study also shows that grape seed extract targets the cancer cells that become most resistant to chemotherapy.

In the face of this remarkable new development, it’s likely that grape seed extract is more effective in treating late-stage cancer than modern medicine’s chemotherapy. Not only does it take less and less of the substance to kill cancer cells, it’s able to target the cells that have become drug resistant, thus making chemo useless!

Yet again, the common misperception that modern medicine’s treatments are stronger or more potent or better in any way is shown to be mistaken. Sadly, it’s a mistake that can kill.

The study in question was produced in the University of Colorado Cancer Center and published in the journal Cancer Letters. It was an in vitro study, not in vivo. That is, no living creatures were involved. The study was performed on cell cultures. That might make it seem relatively insignificant. However, much prior research has already documented grape seed extract’s ability to control and kill cancer, so that’s not in much doubt. What this study discovered is a plausible means by which it happens. This is the kind of information that modern medicine craves.

Have you ever noticed how there’s so much focus on the idea that cholesterol causes heart disease? It doesn’t, but that doesn’t deter the ongoing research that assumes it to be true. That’s because modern medicine demands to know how something works—or at least to be given an explanation, whether true or not. There’s an assumption that, if you know that A is associated with B, then controlling A will prevent or cure B. It doesn’t seem to matter if it’s true, only that it sounds plausible.

The “Plausible” Mode of Action

Rather than focusing on what really counts—survival and return to health—medicine focuses on markers that are based on plausible modes of action.

Once a “plausible” mode of action idea has caught on, research funds get directed towards it. A search goes on to find ways to control that presumed connection. That’s why we have statins. They’re associated with heart disease. They don’t cause it, but a seemingly plausible theory was produced saying that cholesterol causes heart disease. Therefore, since statins can reduce cholesterol, they’re the first thing a doctor prescribes when someone has any sort of heart disease sign—even just being past the age of 40 or 50.

Statins don’t produce health. In fact, they destroy it, causing memory loss, muscle damage, and death. But they’re a perfect example of a plausible idea getting research funding, drugs being developed to cause a change in a marker, doctors prescribing it, and enormous profits getting funneled to Big Pharma.

Ultimately, does it matter whether a treatment can meet some arbitrary marker, or is it more important that it heals you? The answer should be obvious—and it is to everyone but a medical system that’s gone awry. Modern medicine wants a product that’s owned by Big Pharma because that apparently means it’s science-based. That it invariably costs an exorbitant amount and doesn’t cure isn’t of concern. All that matters is that arbitrary markers be met.

Therefore, while it’s interesting to learn something about how a treatment works, let’s get on with it. Let’s focus on the fact that grape seed extract does work and inform people so they can take advantage of it.