BRITAIN — For the first time in fifteen years the secretive Bilderberg Group will be meeting on British soil at the Watford Hotel, starting June 6th. Amongst the attendees will be some of the most diabolic, powerful, wealthy, royalty, politicians, head’s of state, and white collar criminals from all corners of the globe.

However, the pressure has intensified for the secretive Bilderburg Group in recent times, as thousands of protestors attended last years meeting which took place in Chantilly Virginia. This event was documented by Intellihub.com’s founder and director, Shepard Ambellas, and his crew as a historical ‘turning point’.

viThis year protestors and citizens alike are catching on, that their ‘tax dollars’ are being used to protect this private cabal. In fact, the Telegraph reports, “Hertfordshire police have refused to release the cost of security for the event, which has previously drawn anti-capitalist demonstrators in other locations around the world.

However, they are in talks with the Home Office about a grant for “unexpected or exceptional costs” that is only given out if it threatens the stability of the force’s policing budget. The final bill would have to total more than one per cent of the police force’s overall spend – or about £1.8 million – for the grant to be successful.”

Locals are not happy with the expenditures.

Henry De Castries, Chairman of AXA, and Peter Thiel are set to attend in 2013

Decriminalise drugs before we become embroiled in a drug abuse scandal

David Cameron should decriminalise all drug use in England and Wales before sitting MPs from becoming embroiled in further allegations of criminal activity, say a group of MPs.

With crimes committed by MPs already quite numerous, anything which reduces the number of potential crimes for them to be found guilty of must be a good thing, according sources at the House of Commons.

A sitting MP, who wished to remain nameless, told us that reducing the number of crimes available to those representing constituencies across England and Wales was a positive step for British politics.

“Any voter caring to glance at newspaper headlines over the past couple of years will have been truly aghast at the illegal antics of those voted into power,” he began.

“To think that there remains countless opportunities for MP’s to err from the expectations of the British public, places us in an invidious position.”

“So what damage is there in removing one of the most harmful allegations left open to us – drug abuse – from the buffet of crimes we frequently avail of.”

Proponent of drug decriminalisation, Sheila Mount, dismissed calls for a relaxing of the law to suit politicians.

“Loosening drug regulations for the benefit of MP’s usage?”

via Decriminalise drugs before we become embroiled in a drug abuse scandal, MPs urge Cameron.

via Decriminalise drugs before we become embroiled in a drug abuse scandal, MPs urge Cameron.

Assange Trying to Tunnel to Ecuador

While Julian Assange has been holed up in one single room in the Equadorian embassy in London, police who are monitoring the situation say that they have reason to believe that Assange might try to escape with a tunnel all the way to Equador.

“It is not inconceivable that the fugitive Assange, who is currently wanted for deportation to Sweden may be tunnelling underneath the embassy in Knightsbridge,” a Metropolitan police spokesman told the BBC today.

Protesters who were outside the Ecuador embassy have been supporting the Wikileaks founder with posters saying ‘Dig for Victory‘ and ‘It’s only 8,000 miles mate’.

“We heard he’s been digging for five months now. I noticed outside the embassy some scratching noises under the road, could’ve been Assange but not sure,” Desmond Pritstem, an Assange supporter revealed yesterday.

Ambassador Ana Alban, the South American country’s envoy to Britain, told reporters in Quito on Sunday that “Our countrymen are waiting for him to dig to Ecuador. We provided a bucket and spade for freedom and democracy. They will wait for him there for as long as it takes”.

via Assange Trying to Tunnel to Ecuador �.

via Assange Trying to Tunnel to Ecuador  .

Sir Paul Kennedy, the Interception of Communications Commissioner, has told MPs that the powers could be justified when investigating incidents such as fly tipping and that setting a “crime threshold” would be difficult.

The Government has proposed new measures that will force internet and phone companies to record and store all activities of their customers for a year.

Ministers have said the move is only to allow the police, the security services and tax officials to tackle terrorism and serious crime.

The proposals will stop local authorities and hundreds of other agencies from accessing such records.

But Sir Paul, whose job is to check such powers are being used appropriately, said the powers should not be limited to law enforcement agencies, and said even “less serious” offences can have very serious impacts on the lives of the victims.

He told MPs: “It raises some (issues) particularly in relation to local authorities. They have a statutory duty to investigate fly tipping.

Measures in the draft communications data bill will require communication providers such as phone and internet companies to store details of every activity of their customers for a year.

The records stored will include emails, website visits, phone calls and activity on social networking sites, but not the content of any messages or calls.

The Government argues the move is necessary to allow the police and security agencies to keep up with modern communications and access data of serious offenders.

But civil liberty groups argue it is a huge intrusion in to people’s private lives.

A joint parliamentary committee is currently examining the bill, and Sir Paul gave evidence before it last week.

In additional written evidence, he said: “The powers should not be limited to just police and intelligence agencies.

“Parliament has delegated statutory enforcement functions to a number of other public authorities and as a result they have a clear statutory duty to investigate a number of criminal offences, some of which are their sole responsibility.

“Often the criminal offences that these public authorities investigate are regarded as very important at a local level and provide the public with reassurance and protection.”

He highlighted examples such as “criminals who persistently rip off consumers, cheat the taxpayer, deal in counterfeit goods, and prey on the elderly and vulnerable”.

He said requests from such authorities make up just over one per cent of the total adding: “but this does not mean that such public authorities should not be able to use the powers when they can demonstrate necessity and proportionality”.

He said: “It would be difficult to set a crime threshold for the use of communications data for a number of reasons, even by reference to the gravity of the offence.

“Previous statutory attempts to define serious crime have not produced satisfactory results and some “less serious” offences can have very serious impacts on the victims.

“It is therefore much better to leave it to the authorising officer to decide, in relation to the facts of each individual investigation, whether the application to use communications data to detect it is necessary and proportionate.”

Dominic Raab, the Tory MP, said: “This kind of intrusive surveillance is already shifting too far away from targeting terrorists and serious criminals towards indiscriminately monitoring ordinary citizens.”

Last week, Christopher Graham, the Information Commissioner, said the new powers will only stop “incompetent criminals and accidental anarchists” and not the “really scary people”.

He said terrorists and organised criminals would simply find a way around the tactic and not use established providers or encrypt their messages.

Mr Graham also launched a thinly veiled criticism of the Home Office that he was not being given either the powers or resources to regulate any future system. 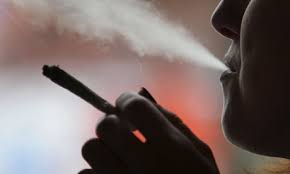