Howlin to public sector workers: If you swallow hard and vote yes, we’ll not be coming back for more 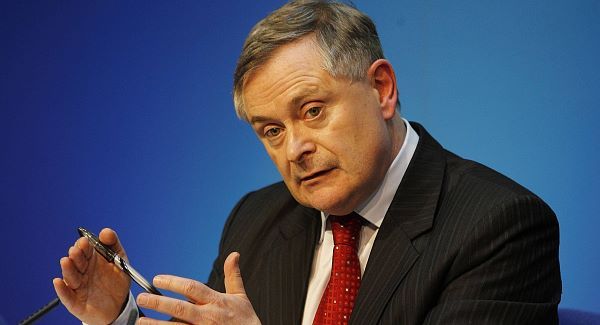 Would you trust this man to deliver?

The Minister for Public Expenditure and Reform Brendan Howlin has confirmed that compulsory redundancies are not part of the proposed deal on an extension to the Croke Park agreement.

He also encouraged public sector workers to “swallow hard” and vote for the new Croke Park agreement, saying the Government would “not be coming back for more” if this agreement is voted through.

The deal, if passed, will come into effect from July and run until 2016.

“If you consider this (and) swallow hard – I know it’s not easy – and vote for this, we’ll not be coming back again and we can plan our recovery over the next three years,” he said.

He added that “hopefully the next time we sit down to discuss pay and conditions with public servants, it will be on the basis of a recovered economy and we can talk about improvements in pay and conditions. That’s our objective.”

Trade unions and the Government will today begin considering the new agreement, when they receive the finalised copy of the draft deal from the LRC.

via Howlin to public sector workers: If you swallow hard and vote yes, we’ll not be coming back for more | BreakingNews.ie.

via Howlin to public sector workers: If you swallow hard and vote yes, we’ll not be coming back for more | BreakingNews.ie.

NURSES, gardai, soldiers and council officials will be among the first public sector workers to lose allowances after a major government U-turn.

It represents a significant U-turn on his decision last month to abolish just one of the 1,100 public sector allowances. At the same time, the savings gained will be minimal as many of the allowances involved apply to a minority of public servants.

The allowances that will now be abolished by the end of February include:

* Gaeltacht allowance paid to nurses in Irish-speaking areas, worth €3,500 per year.

* Locomotive allowance for senior gardai who use their private cars for work.

* Entertainment allowance for Defence Forces officers who are posted abroad.

* Medical training allowance for consultants, worth €3,000 per year.

The overall cost of the 1,100 allowances in the public sector is €1.5bn per year.

Mr Howlin’s department has not released the full list of 88 allowances facing abolition, or how much the move would save.

But he is now putting pressure on every government department to abolish allowances, which they had said were worth keeping in previous business cases.

The gardai had argued that the locomotion allowance for senior members was “cost-effective and value for money”. The Defence Forces had defended the entertainment allowance on the grounds that its officers were representing the State abroad and were “required to entertain in accordance”.

Fine Gael TDs Anthony Lawlor and Eoghan Murphy, who were highly critical of the failure to make savings from allowances, have welcomed the new move by Mr Howlin.

But they cautioned that they will need to see the full detail to assess the significance of it.

Fine Gael Kerry South TD Brendan Griffin said he hoped that it was not just “window dressing”. He added: “We need substantive savings.”

But while Fine Gael backbenchers may have been placated, Mr Howlin’s plan sets him on a collision course with public-sector unions. 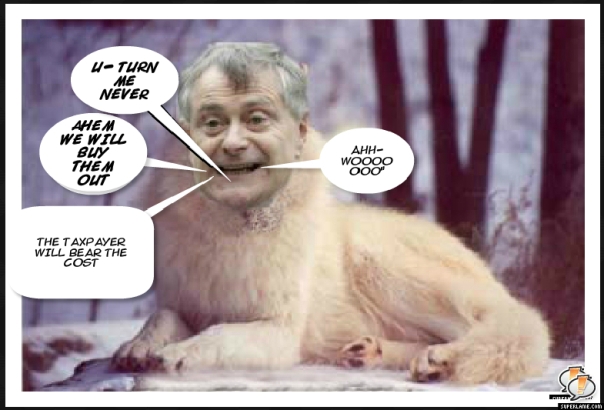 via Howlin’s U-turn puts nurses and gardai in firing line.

Cowardly Government will target the weakest

We cannot underestimate what a defining moment it was for this Government when Brendan Howlin stood up and formally admitted what everyone has known for weeks: that the Government was chickening out on cutting some of the crazy allowances paid to those who work for the bankrupt Government of this bankrupt country.

It wasn’t as if Howlin had promised the earth. His modest goal had been to cut a mere five per cent this year from these allowances — extra pay that various people who work for the Government get for everything from underwear to being on their feet.

But even the minister who is supposed to be responsible for cutting public expenditure — now a matter of grave urgency in this country — could not face down the unions in order to cut one euro in 20 from these allowances. The minister whose department apparently harasses other departments on an almost weekly basis about making cuts and efficiencies, when it came to cutting a mere five per cent from what everyone agrees are at least partially anachronistic and ridiculous allowances, couldn’t do it. He bottled it.

He bottled it even though he had the kind of cover to implement cuts that no other minister in this State will ever have, hopefully. The IMF is here and can be blamed for everything.

We have lost our sovereignty, we are bankrupt and being run by foreigners, and still Howlin couldn’t get even five per cent off these allowances. One suspects that even the unions didn’t expect to get away with that. One suspects that the unions were poised to accept at least some trimming of these allowances. But no, virtually nothing. Because when Brendan Howlin looked into it, he discovered it was more complicated than he thought and that it would in fact contravene Croke Park.

THE Government‘s spending watchdog is to examine public-sector allowances after a failed review succeeded in abolishing just one.

With Public Expenditure Minister Brendan Howlin admitting defeat in a planned expenses clean-up, the Public Accounts Committee (PAC) has offered to do the job.

PAC chairman John McGuinness said it already intends to call for a special hospital consultant pre-retirement bonus to be binned.

“The Committee of Public Accounts can do a very good job for the taxpayer by putting all allowance payments under public scrutiny, and that is what we intend to do on a case-by-case basis,” he said.

Mr McGuinness said he would allow the committee to question the heads of public bodies on the payment of allowances.

It is seeking information from accounting officers on the extent of allowances paid to staff, the rate, their value and the date they commenced.

The move follows Mr Howlin’s report on the contentious allowance and expenses system.

He had planned to cut the bill by €75m this year but admitted failure, claiming only one of 1,100 allowances for existing staff could be scrapped – a €218 representational allowance for staff attending European Union meetings. That saved €3.5m.