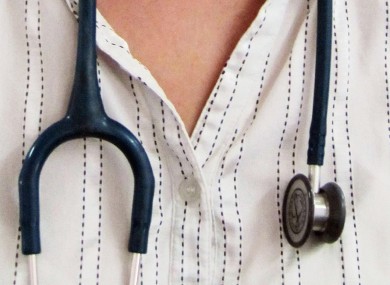 AN IRISH MEDICAL device company, MitaMed, has developed a groundbreaking treatment for gastrointestinal and lung cancers.

It said that treatment of patients with colorectal cancer has just commenced in an Irish Medicines Board-approved clinical trial in Cork and Dublin hospitals, under the supervision of Dr Deirdre McNamara, Tallaght Hospital (AMNCH).

Chief Executive Officer of Mitamed, Michael Loftus, has also announced the commencement of an investment process to raise €3 million to support the development, regulatory approval and commercial sales of their therapy.

With projected sales of €14 million in five years, MitaMed is on track to successfully deliver a new standard of care for cancer patients, with better outcomes and reduced financial burden.

This phenomenon is known as electroporation and allows for the targeted absorption of a smaller dose of chemotherapy drugs into cancer cells without compromising surrounding healthy tissue structures.

As the electroporation procedure can be performed in a matter of minutes, the treatment can be conducted rapidly on an outpatient basis. A patient may require between 1 to 3 treatments over a period of a few months.

UCC leveraged over €2 million of Irish state research funding between 2006 and 2011 to support the development of the technology at the Cork Cancer Research Centre, under the leadership of Dr Declan Soden. UCC Technology Transfer Office was also involved in the project.

MitaMed has recently been named the Munster regional area winner of the high growth category in the InterTradeIreland Seedcorn competition. The final will take place on 28 November