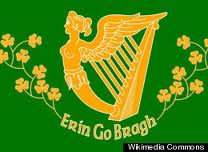 – The owners of an Irish pub in northeast Florida said they were shocked to receive a citation for flying the Irish flag but have removed it to comply with a local ordinance banning commercial display of non-U.S. flags.

The four sisters who own Culhane’s Irish Pub in Atlantic Beach said Friday they would apply for a temporary permit allowing them to at least fly the green, white and orange Irish flag on St. Patrick’s Day, March 17.

“St. Patrick’s Day is huge for us,” said Aine Culhane, who owns the pub with sisters Mary Jane, Michelle and Lynda.

They showed Reuters a copy of a citation issued by code enforcement officers for the City of Atlantic Beach on February 20, giving them 24 hours to “cease display of flags other than American flag.”

The Culhanes said they had flown an Irish flag and an American flag on the front of their pub for eight years and were unaware of the ordinance.

“I couldn’t believe it,” Aine Culhane said. “We never break the law. We were just shocked and kind of sad that we couldn’t hang the flag … Everybody is upset about it.”

City officials did not immediately return phone and email messages seeking comment. Acting Mayor Maria Mark told television station WTLV that the city council was reconsidering the ordinance but she doubted any changes could be approved before St. Patrick’s Day.

The Culhane sisters are from Shanagolden in County Limerick and have owned the pub since 2005. Michelle and Mary Jane are naturalized U.S. citizens and Lynda and Aine are in the United States on visas, they said.

“We’re definitely living the American dream. We love it here. We’re proof that anybody can do it We came here knowing no one,” Aine said.

But being forced to remove the flag of their homeland was an insult, Michelle said.

“The large contingent of Irish immigrants who fought for this country in numerous wars cannot be treated like this,” she said. “Our flag is woven from the fabric of many proud nations and should never be discounted by the pettiness of a few narrow minded council members.”

Ireland’s Pubs In Trouble, Along With Celtic Economy

The Irish economy is so bad, even the country’s famed pubs are hurting.

One pub closes every day in Ireland, according to a new report in USA Today.

That’s right, there are fewer pubs in Ireland at which to drink away your sorrows, thanks to a combination of worries not the least of which is the brewing crisis on the European continent, according to USA Today.

The report offers some sobering numbers for the “publicians” of Ireland, who have seen more and more closings since the Irish economy in 2006, driven by a housing boom to rival the one seen in the United States.

Irish bar sales fell 5 percent in the past year alone and the number of bars fell to 8,300 from 10,000, according to USA Today’s story. Pubs that survive do so by cutting workers, closing during the week and cutting back hours, according to the story. Some owners are also taking some unique measures: offering to drive drunk patrons home themselves, for example.

Bars aren’t the only thing disappearing: 3,000 Irish leave the country each month, with Irish emigration levels at their highest point since the Famine.

Fallout from the European economic crisis has devastated the continent. In Greece, suicides are up, as this Wall Street Journal story from last year detailed. And last month, the Eurozone reported record unemployment at 11.3 percent.

via Ireland’s Pubs In Trouble, Along With Celtic Economy.

via Ireland’s Pubs In Trouble, Along With Celtic Economy.