Irish taxpayers will have to foot multi-billion Statoil bill – Aftenbladet.no 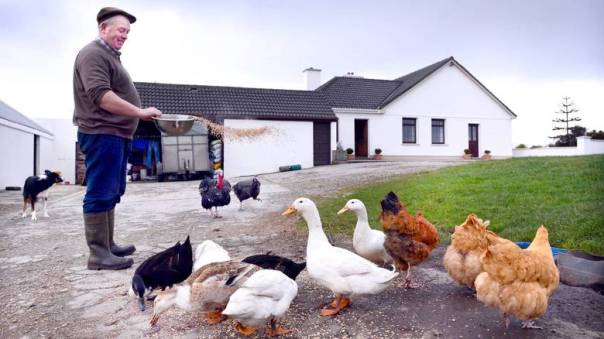 Farmer Willie Corduff is just one of the Irish taxpayers that have to pick up Statoils bill on the Coribb-project.

The cost overrun is mainly due to poor handling of local residents’ protests. Locals complain of lack of dialogue with the oil companies, little information, and fear of getting a pipeline almost under their houses.

The intense protests have delayed the project and made it more expensive.

Paradoxically enough, though, it is the Irish themselves who must foot the bill for the extra due the country’s legislation.  Losses for companies are tax-deductible.

Ireland’s favourable tax policy means Statoil’s losses could actually be very small. Losses, capital costs, and exploration costs can be written off against future income in their entirety, while the tax rate is only 25 per cent.

Ireland has long been known to have very favourable tax rules for companies. Both the IMF (International Monetary Fund) and organisation Tax Justice Network defines the country as a tax haven – a term often associated with palm-treed islands in distant waters.

Standard corporation tax in Ireland is 12.5 per cent, which has successfully tempted Internet giant Google to establish its European headquarters in the country. Apple has also received criticism for using the Irish’ tax regime to evade taxes. Apple top Tim Cook had to answer to the US Congress regarding the practice last week.

Statoil’s multi-billion kroner loss falls to the Irish to pay in its entirety, while Norwegian taxpayers remain unencumbered. It would have been different had the project been in Norway.

Companies can write off about 78 per cent of their losses here. This rate may be reduced if the government succeeds in getting its planned tax changes through.

In return, the Norwegian government receives 78 per cent of the hydrocarbon industry’s profits.

“There’s no doubt the tax system is attractive for oil companies. It must be this way, however, to draw companies here. Very few significant discoveries have been made in this country and the outlook for revenues is uncertain. In many ways, Ireland is where Norway was before the Ekofisk discovery in the ‘60s,” says Fergus Cahill, head of the Irish Offshore Operators’ Association.

Many among the Irish population are sceptical to the favourable tax regime for oil companies. Padraigh Cambell is a former rig worker and has been a spokesperson union Siptu. He knows Irish history oil well.

“What taxation authorities drew up in the ‘80s was based on what the oil companies said. They dictated the terms; 25 per cent tax and 100 per cent depreciation. All expenses 25 years back in time can be written off, as well as gifts, sponsorships, everything! Politicians said that this would be good for Ireland, but now the situation is that the supply business happens from Scotland, for example. So the oil-related costs can then be written off in Ireland. We want the Norwegian model. We want jobs for Irish ports, Irish companies, and Irish workers,” says Mr Campbell.

“People in Norway will benefit from the project through Statoil. We’re not going to profit from it because of the Irish tax rules,” says farmer Willie Corduff.

“I know this is a popular argument among some opponents of the hydrocarbon industry in Ireland. Calculations by the authorities show that tax revenues from commercial fields will be substantial – even in relation to the present system,” Mr Cahill says.

The Irish government has announced a review of the tax system in the autumn. However, there is nothing to suggest that this will result in the country approaching the tax system as it presently is in Norway.

“I struggle to understand how anyone can expect we’ll have a Norwegian tax system without having Norway’s amounts of commercial discoveries,” newspaper The Irish Times reported Ireland’s Energy Minister Pat Rabbitte saying at a hearing earlier in May.

The system was also changed in 2007. Authorities then introduced a surplus tax of up to 15 per cent that could bring the total tax rate up to 40 per cent, depending on the project’s profitability. The change was not retroactive, and has no significance for the Corrib project Statoil is involved in.

Statoil’s annual report on its 2011 operations in Ireland shows total national losses of EUR 1.3 billion (almost NOK 10 billion), but that this can be written off against future taxable income.

In 1997, Statoil also recorded an approximately EUR 159 million (NOK 1.2 billion) loss in the Connemara area of ​​Ireland, when it was determined that the field was not commercial. Irish rules are designed so that losses and expenses can be written off against taxes for 25 years after they are incurred. This means that Statoil can also write off the Connemara loss against tax on future profits from Coribb field.

The corresponding limit in Norway is ten years.

Head of Information Bård Glad Pedersen at Statoil does not wish to comment directly on how the favourable tax terms have or have not influenced their decision to continue their operations in Ireland, but writes in an e-mail that:

“It is common that costs and losses can be offset against future income. The tax system in Ireland does not differ significantly from taxation in the other countries in this area. We make investment decisions on a commercial basis, and the framework conditions are included as a factor in these reviews.”

Shell, operator of Coribb field, has the following comment:

“All companies in Ireland can write off investment costs against profits, and the partners in Coribb field are no exception. Oil and gas companies must, however, pay 25 per cent tax instead of 12.5 like other companies in the country. Ireland also receives tax revenue from the hundreds of people who are employed in connection with the project,” Shell Ireland press officer Fiona McGuinness writes in an email.

via Irish taxpayers will have to foot multi-billion Statoil bill – Aftenbladet.no.

Yes, Say it Again: Ireland IS a Tax Haven and it’s Worked Hard to Be That Way

So the US Permanent Subcommittee on Investigations has declared that Ireland is a tax haven and Apple executives giving testimony to the committee have said that the Irish government gave them a special 2% rate. Rate in this context is irrelevant however, as the mechanism ensures that what Apple declares as taxable income is completely up to them. As many reports have suggested, Apple could pay as little as 0.05% on income earned and passed through Ireland, and the revenue appears to be sales tax on Apple products bought in Ireland. In addition they have also said that their Irish companies are not registered for tax anywhere, so that none of the $30 bn global income earned in the last number of years was taxed.The Irish government denies that it has provided special tax treatment to Apple, and that it is not a tax haven. This is the surest sign that it is one, according to Richard Murphy of Tax Research UK.

via Irish Left Review | Yes, Say it Again: Ireland IS a Tax Haven and it’s Worked Hard to Be That Way.

Some multinational corporations are diverting profits made in developing countries to Ireland to avail of the low corporation tax rate here. By so doing they are robbing the countries in which they made their money of billions of euros in tax revenue.

Written by Dr Sheila Killian of the University of Limerick, the report details how companies use the technique of “transfer pricing” to allow subsidaries of a multinational company to artificially transfer profits made in one jurisdiction to be taxed in another country which has a lower tax rate.

The result is that companies registered in Ireland as having a small office and one or two staff are recording huge profits, which are subject to our low tax rate while the related company in a developing country where the money was actually made reports little to be taxed.

‘Driving the Getaway Car?’ explains how impoverished countries lose billions of euro through weak domestic tax collection capacities and through unjust international tax structures. Transfer pricing abuse is highlighted as a particular area of concern. This is when subsidiaries of the same multi-national company artificially set the prices of goods and services in order to minimise their tax bills, often through the use of secrecy jurisdictions, popularly known as tax havens. This illegal practice is very difficult to monitor and costs impoverished countries billions in lost tax revenue.

The Debt and Development Coalition Ireland was among a group of development organisations who launched this report. The others were.Afri, Christian Aid, Comhlámh, Oxfam Ireland, Trócaire

Social Justice Ireland supports these organisations’ call for action by Government to end this practice.

The full text of the report may be uploaded here.