How big a liar is the Tánaiste Eamon Gilmore? 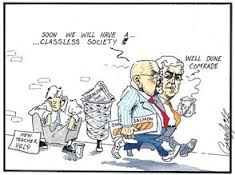 On the evidence of broken promises, his undertakings do not stand up to examination.

Lie Number 1: You can see him on YouTube during canvassing during the last election promising labour would not be making disability cutbacks. If you were to ask the Minister the same question, today the likely response would be we did not make any cutbacks or the circumstances have changed.

Lie Number 2: with Labour in Government, he stated that the future of Mullingar barracks was secure. Mullingar Barracks is now no more and with it, 200 years of history have disappeared down the swanee.

Lie Number 3: After the defeat of Lisbon treaty act one he stated, “We will not be supporting a rerun of the treaty” oh dear what happens it turns out at more or less the same Wikileaks cabals highlight, he was saying the reverse to the US Embassy and state department.

Well now, we know a politician will promise with a straight face even when he knows the destiny of the pledge is the back boiler of infinity.