The 5 Most Hilariously Insane Rulers of All Time

The boring thing about modern democracy is that we almost never elect truly crazy people. Oh, sure, we’ll vote in somebody with mild eccentricities or sexual appetites, and we may refer to some extremist as “crazy,” but back when rulers took the throne based only on their bloodline, a nation could wind up under the fist of someone who was literally “howl naked at the moon” insane.

Don’t get us wrong — we’re sure it was a nightmare for everyone involved. But it does make for hilarious stories down the line.

Justin II was a sixth century emperor of Byzantine, which was how they rebranded the Roman Empire after it wasn’t cool to be the Roman Empire anymore. Also, apparently they let pretty much anyone be emperor in those days, because Justin II was nucking futs.
History remembers Justin mainly as a kind of shitty leader who wound up losing most of Italy to Persia, which, if you’re the emperor of Rome, is dropping the ball pretty badly. But the ancient historian John of Ephesus recounts some interesting facts about Justin’s personal life, like how he would hear voices in his head and scream and hide under his bed to escape them. Apparently, the only way his servants could help him out was to play organ music throughout the palace to drown out the voices. 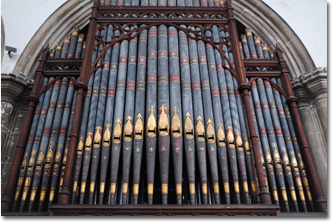 They’d have had better luck with dubstep.

That part of the story is key: the fact that nobody knew how to treat mental illness back then. So it wasn’t much fun to be around the palace when Justin II went into full crazy mode — it’s said that when his servants were rushing around trying to restrain him, he would fight back by biting them, often on the head. Eventually, the servants had to go to greater lengths to entertain him, and came up with a solution that would appeal to any toddler — building a makeshift throne on wheels and pushing Justin around the palace on it, to his great delight. As John of Ephesus puts it, “… having placed him on it, his chamberlains drew him about, and ran with him backwards and forwards for a long time, while he, in delight and admiration at their speed, desisted from many of his absurdities.”

“Couldn’t you just ride hookers like a regular monarch?”

#2. Charles VI of France Thought He Was a Wolf and/or Made of Glass

Charles “the Mad” VI was king of France from 1380 (when he was 12) to his death 1422, all during the Hundred Years’ War with England, and when your country is fighting something called the “Hundred Years’ War,” it’s really unfortunate if the man sitting on the throne is nicknamed “Charles the Mad.” Unless it means he’s really angry. (It doesn’t.)

“What if we just add an extra “D” and tell people he really hates drunk driving?”

In 1392, during a trip through a forest to look for a fugitive who had attempted to murder an adviser of his, Charles VI randomly attacked his own knights, killing some of them, until they all managed to hold him down and carry him back to the castle. They concluded that he was probably just under a lot of stress, as it was the first time that Charles had shown signs of not really being totally right in the head.
In the following years, Charles would go through episodes of forgetting people’s names, including his own, and the fact that he was king. Oh, and he would also run through his castle pretending to be a wolf, howling at people. And he freaked out when people touched him because he thought he was made of glass.

“Bring me the head of the one they call Bruce Willis.”

Eventually, Charles’ batshittery reached such a fever pitch that the monarchy of France broke down into civil war, with his brother vying for power on one side and his first cousin leading the other. That’s a war breaking out during another war. This infighting allowed rival countries like England to attack with impunity, and by the end of Charles VI’s rule, much of France was occupied by foreign powers. He could have done something about it, but, you know, somebody might have touched him.

At some point, Christian developed a newfound fascination with his penis, by which we mean he jerked it so often that it interfered with his duties. The court physicians actually worried that Christian’s chronic habit was affecting his health — they thought that it would render him infertile and that it was stunting his growth, which was the 18th century version of “Stop that or you’ll go blind.”
But at least Christian didn’t usually do it in front of visiting dignitaries. What he did do was leapfrog over them when they bowed to him, and sometimes he’d slap people in the face in the middle of a conversation for absolutely no reason. OK, so that’s actually the second thing he did that we would also do if we became king.

Eventually, Christian’s mind was so far gone that his personal physician, Johann Streunsee, basically yanked the whole kingdom out from underneath him by talking the king into handing over control of his executive decisions, as well as boning the queen behind Christian’s back. Presumably he was too busy jerking it to notice.

#4 Farouk of Egypt, the Pickpocket King

The last ruling king of Egypt, King Farouk, was as nutty as most of the world’s leaders seemed to be during World War II, and was ultimately the reason Egypt decided to pack it all in with this whole monarchy thing. Known early in his reign for his excessive partying and gambling, Farouk was once described as a “stomach with a head” after he grew to over 300 pounds. According to his sister, he would drink 30 bottles of soda a day and eat caviar straight from the can. But gluttony is pretty much expected, if not mandatory, for a despot. That alone certainly would not qualify him for this list.
But more bizarre for someone with infinite money, Farouk was a complete kleptomaniac, once stealing a watch from Winston Churchill. He later claimed to have simply found it lying around, but neglected to mention that he’d “found” it in Churchill’s pocket. 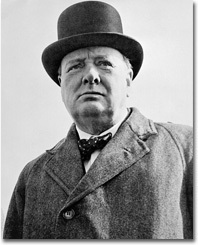 You’re also about to ‘find’ my foot in your ass.”

Another time, after having nightmares about lions attacking him, Farouk decided to take a trip to the Cairo Zoo to see the lions. And by see them, we mean shoot them while they were in their cages, because that’s a perfectly reasonable reaction to night terrors if you are insane.
Finally, when Hitler’s army was preparing to invade Egypt, it’s safe to say that Farouk was the only world leader to send Hitler a telegram thanking him for coming to kick his country’s ass. He didn’t like the British forces occupying his country, and apparently he figured Nazis were somehow a step up.

#5. The Zhengde Emperor of China Liked to Play Make-Believe

The Zhengde Emperor was emperor of China in the beginning of the 16th century, having taken the throne at the age of 14, and as far as anyone could tell, he remained 14 for the next decade and a half of his rule.
For instance, Zhengde liked to play games of make-believe instead of, you know, running a giant empire like he was supposed to be doing. In fact, he built a whole fake city block on the imperial grounds where he would pretend to be a shopkeeper, to the puzzlement of his subjects, who were forced to go along with it.

Occasionally, he pretended he was a general and went on raiding parties (almost getting captured) with an army dressed all in silk, for some reason. Weirder still, he invented for himself an alter ego he named Zhu Shou, whom he would “order” on pointless raiding parties, to the exasperation of his government, who had to pretend they weren’t just talking to the emperor in a wig. There might be a powerful lesson here in the fact that the dude was king, but still preferred fantasy to reality. Then again, maybe he just found being king way more boring than he imagined.

Eventually Zhengde died in predictable fashion: after getting really drunk and falling off a boat during a fishing trip.

via The 5 Most Hilariously Insane Rulers of All Time | Cracked.com.