Single women everywhere have expressed their desire to marry an elderly virgin man after Cardinal Keith O’Brien said he believed priests should be allowed to marry.

O’Brien, the country’s most senior Catholic, said that although some aspects of the Catholic faith are of ‘divine origin’ and therefore non-negotiable, allowing priests to marry might reduce the likelihood of them bumming kids.

He told reporters, “There’s some things we won’t budge on. Like abortion, euthanasia and the gays.”

“But Jesus didn’t say priests shouldn’t marry, so it should be on the table as an option, right?”

“After all, he didn’t specifically say ‘don’t rape young boys in your care’ either, so there’s clear precedent for basing church policy on things Jesus didn’t say.”

“You know, there comes a time in every man’s life when he becomes intrigued by the whole vagina thing, so maybe we take a cursory look at it?”

The news that a whole new segment of eligible men could hit the dating market has alerted many single women on the look out for a husband.

Single woman Sheila Matthews said, “Like most modern women, I’m concerned about diseases, so I’ve been on the look out for a man with zero sexual partners.”

“I suppose if push came to shove I could make do with one who hasn’t had any adult sexual partners.”

via Women definitely lining up to marry Catholic priests.

via Women definitely lining up to marry Catholic priests. 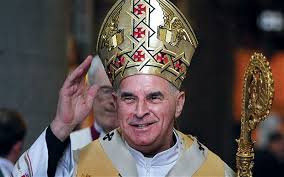