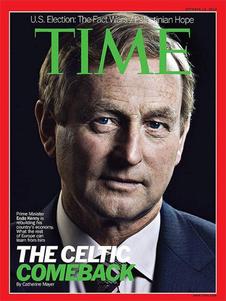 Oh my God Enda Kenny on the front page of Time magazine under the heading “The Celtic comeback” My first reaction to this was surly this is a stunt but no, incredibly this is true.

Kenny said he was “leading Ireland’s fight to recover from the bust”… Ireland’s Gross Domestic Product beginning to sneak upward once again, Mr. Kenny may prove himself anything but the “fool” that his predecessor (then T Brian Cowen) called him in 2010.

Mr. Kenny was asked by Time magazine why there had been no large-scale demonstrations in Ireland against cutbacks as there had been in other European countries.

“People understand that you have to do difficult things to sort out our own public finances,” he said.

Time’s Europe editor Catherine Mayer was complimentary about Mr. Kenny in her article and her own question-and-answer article afterwards she said that Mr. Kenny was “extremely likable.”

I do not know what Kenny did to get such a favourable interview, but he for sure got off lightly. One suspects the journalist from Time magazine has absolutely no idea of what is happening in Ireland.

Does the woman not know we have high unemployment, increasing immigration? A lowering of all social services with further social charges  be implemented  and most likely additional tax charges in the upcoming budget, etc.? 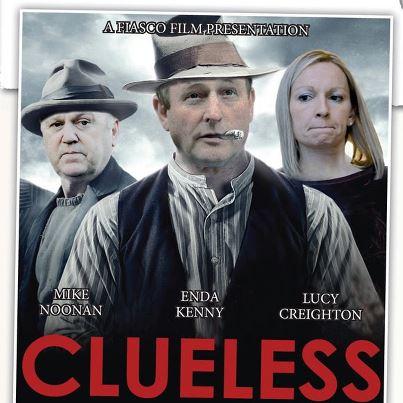